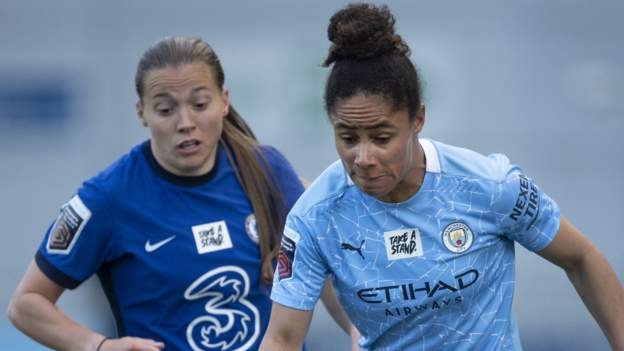 The makers of the Football Manager computer game series have confirmed a "multi-year project" to bring women's teams into future releases.

Miles Jacobson, the studio director of Sports Interactive who produce the game, said they have been working on women's football "for some time now".

He added that women's football will be incorporated into the game as opposed to being a standalone release.

"We know our voice is very powerful and we want to use it for good," he said.

"Longer term, as the women's game grows in popularity, the financial rewards may come, but at the moment we're embarking on this journey because we know it's the right thing to do."

Jacobson added that Sports Interactive have signed a commercial partnership agreement with Leicester City Women for the 2021-22 season.

They have existing deals in place with Watford and AFC Wimbledon in the men's game.

Football Manager is a management simulation game which began life as 'Championship Manager' in 1992.

It was rebranded after a split between original game producers Eidos Interactive and game developers Sports Interactive.

"We believe in equality for all and we want to be part of the solution," added Jacobson.

"We want to be a part of the process that puts women's football on an equal footing with the men's game.

"We know that we're not alone in this - the historic TV deal that Sky and the BBC recently agreed with WSL in England is proof of that - but we intend to do everything we can to get women's football to where it deserves to be."

Gold Rush: How Britain's Olympic dreams were rebuilt after a disappointing 1996

An exclusive BBC News special: Dominic Cummings on his role in Brexit, the pandemic and the government