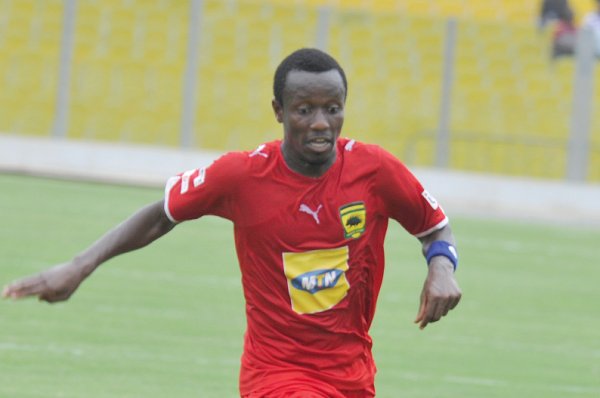 Former Asante Kotoko midfielder Michael Akuffo has opened up on why he left the club.

The 32-year old spent six years with the Porcupine Warriors where he established himself as one of the best midfielders in the Ghana Premier League.

Akuffo, who joined King Faisal prior to the start of the 2019/20 season says he had problems with the Opoku Nti led administration after his six-month loan deal with Lebanon side Al-Ansar was cut short due to injury.

However, he was heartbroken when he heard from coach Michael Osei that he couldn't play football again because of his leg injury.

"I was forced to extend my contract for two years in other not to return from Lebanon as a free agent, which I did because I love the club. Three months prior to the end of my loan deal, I picked an injury, which I was well treated at Lebanon. It was left with my rehabilitation so I came to Ghana to do that” Akuffo told Kumasi-based Angel FM.

"After joining Kotoko, my salary was not coming even though other players were receiving theirs. So I approached the management and they told me to exercise patience.

"Jackson Owusu picked an injury at his own risk during pre-season but he was receiving his salary. In my case, I went for a loan and the incident happened yet the club was not paying me and I was grieving inside.

"My heartbreak came when I heard from coach Michael Osei that I can’t play football again because of my leg injury. I was at home at that time when I heard the issue on Nhyira FM and I broke down in tears," he concluded.