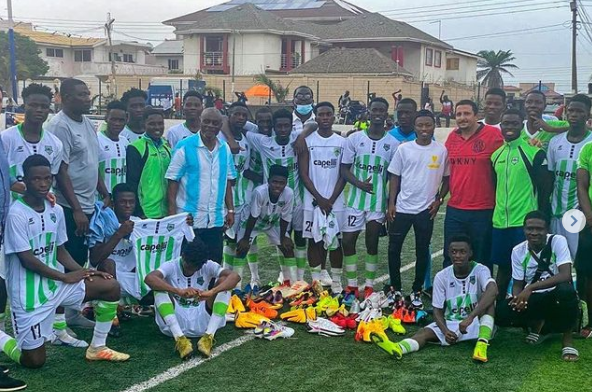 Former Inter Allies poster boy, Clifford Aboagye has made a donation to the club as a way of giving back.

The former Ghana U-20 star featured for the struggling Ghana Premier League club between 2012 and 2013.

Having gone on to play for Spanish side Granada, Clifford Aboagye has additionally had stints with several clubs.

Now back in Ghana for the summer holidays, the skillful attacking midfielder came bearing gifts.

Items donated include quality boots and other items that are going to the youth and development side of the Inter Allies FC, Cedar Stars Academy.

The donation was done at a short ceremony after the team’s 3-2 win against R/ Stake FC on Wednesday at Mac Dan La Town Park.

In attendance was President Rabeh El-Eter and Technical Director Willie Klutse. Having accepted the items, the club executives applauded Clifford Aboagye for the gesture. 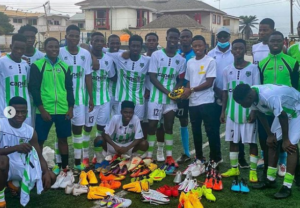