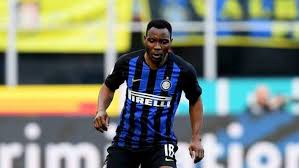 Ghanaian midfielder Kwadwo Asamoah was absent as Inter Milan came from a goal down to beat Hellas Verona in the Serie A at San Siro Stadium on Saturday.

The 30-year-old missed the game through injury. The former Juventus ace has been nursing the injury which he picked up during 2-1 win over Brescia last month.

Nicolò Barella scored his first league goal for Inter Milan as the Nerazzurri beat Hellas Verona and move top of Serie A.

Barella struck a stunning winner seven minutes from time after Matias Vecino had cancelled out Valerio Verre’s penalty for Verona.