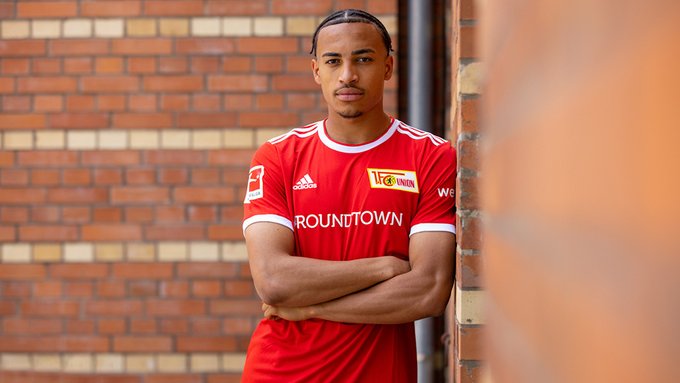 The 21-year-old completed his move on Tuesday for an undisclosed fee, following his Fürth team-mate Paul Seguin, Janik Haberer and Danilho Doekhi in joining Union’s adventure next season, which will include group stage football in the UEFA Europa League.

Leweling, who had interest from several clubs in the Bundesliga scored five goals in 33 Bundesliga matches for Greuther Fürth.

"The talks with Oliver Ruhnert and Urs Fischer really convinced me. In addition, you could see very well in recent years that Union is a club where players can develop and get better," Leweling said as quoted by the club's official website.

"For me as a young player, that's a very important point. We don't need to say much about the stadium and the environment.

"I played here with Fürth just before the end of the season and the atmosphere was overwhelming. I'm very happy that I can take the next steps in my professional career at Union."

Born in Nürnberg, the highly-rated forward moved to Fürth’s academy in 2017 and was given his first-team debut at the start of the 2019/20 campaign.

Fürth would go on to secure promotion to the Bundesliga with Leweling playing 24 times in the successful second-division campaign.

Comfortable on the wing and through the middle, it was in the Bundesliga where Leweling would make the biggest impression with goals against Stuttgart, Bielefeld, Freiburg, Hoffenheim and Leipzig.

Leweling has been capped at U-19, U-20 and U-21 level with Germany, however he is still eligible to play for Black Stars of Ghana in the future despite turning down an opportunity to feature for the four-time African champions during the 2021 AFCON qualifying match against Sudan last year.