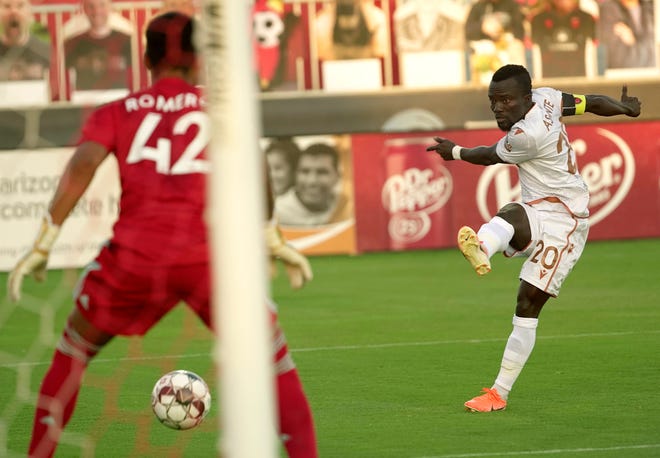 Ghanaian winger Solomon Asante scored a brace and provided an assist in Phoenix Rising's 4-0 win over LA Galaxy II on Saturday in the USL Championship.

The 29-year-old put up a Man of the Match performance as his side picked up all three points at Casino Arizona Field.

Phoenix Rising opened the scoring in the 9th minute through Junior Flemmings after he was assisted by Asante.

Jon Bakero doubled their advantage from the spot after Flemmings was brought down in the penalty box before Asante made it 3-0 in first-half stoppage time.

Ivan Gutierrez almost pulled one back for LA Galaxy II in the 52nd minute of the game as his surging run up the left side was capped with a curling shot that clipped the right post.

With nine minutes to go, Asante bagged his brace to put the icing on the cake in the keenly contested game.