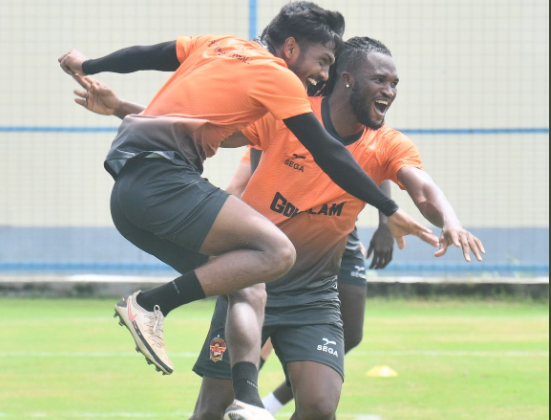 Ghanaian attacker, Rahim Osumanu emerged as a hero for Gokulam Kerala FC on Monday night as his heroics steered the team to Cup victory.

The exciting attacker started for his team yesterday when they played against Peerless in the IAF Shield tournament.

In a game that went to the wire, Rahim Osumanu scored for his team in regulation time as they were held to a 1-1 draw.

With both teams needing a goal in the second half, players put up a fight in the quest to help their sides secure the needed win.

Eventually, it was Gokulam Kerala FC that emerged victorious. It was all thanks to Ghanaian forward Rahim Osumanu who scored his second of the day to not only complete a brace but propel his team to a 2-1 win at the end of the 120 minutes.

Courtesy of the victory, Gokulam Kerala FC are through to the quarter-finals of the IAF Sheild tournament.