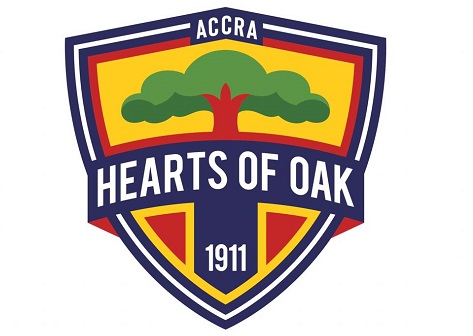 Ghanaian giants, Hearts of Oak are pocketing a whopping sum of $200,000 from their latest sponsorship deal with Sunon Asogli Power Ghana Limited.

The Accra-based club last week signed a one-year deal with the power providers marking the company their main sponsor for the ongoing football season.

“We are delighted to announce Sunon Asogli Power Ghana Ltd, a giant in electric power generation as a sponsor of Accra Hearts of Oak Sporting Club Limited. This deal was signed on Thursday, 4th March 2021,” part of a statement from Hearts of Oak said on Sunday.

Following the official unveiling of the company on Sunday during Hearts of Oak’s match against WAFA SC, the club has revealed the monetary gains from the deal.

According to a statement on the Twitter page of the club, the Phobians have already received 50% of the sponsorship money of $200,00 and will in the course of the one-year period receive the rest.

Find below more details about the deal with Sunon Asogli Power Ghana Limited. 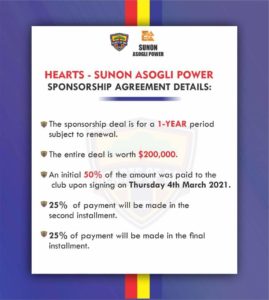