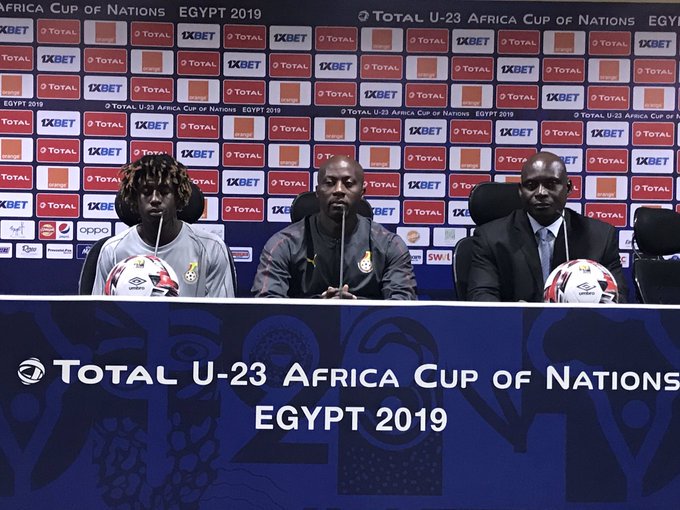 Ghana's U-23 team coach Ibrahim Tanko believes his side  suffered an unfortunate defeat to Egypt in the U23 AFCON tournament.

The Black Meteors lost to Egypt after twice taking the lead in a highly tensed game at the Cairo International Stadium.

The lead lasted till the 12 minutes when Mohammed Mustapha equalised for the young Pharoah’s .

Ramadan Sobhi had the second goal for Egypt after waves of attack detangled  the Ghanaian defense to level results with 8 minutes left after goalkeeper Kwame Baah spilled the ball.

"We played a great game but lost in the end, this is football. I congratulate Egypt on qualifying. We will play to win against Mali and hope for a favorable result from Egypt match against Cameroon," Tanko said after the game.