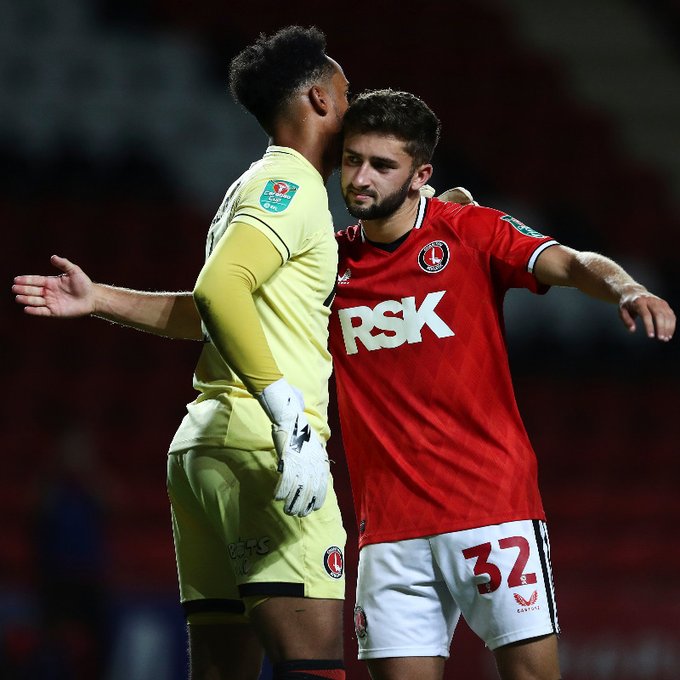 Ghana international, Joseph Wollacott was in action for his Charlton Athletic club on Tuesday night when the team clashed with QPR in the Carabao Cup.

In the contest which was a second round fixture between the two lower-tier clubs, the Black Stars goalie started in post for his team.

At the end of regulation time, Charlton Athletic managed to hold QPR to a 1-1 draw.

During the penalty shootout, Joseph Wollacott stepped up his game and saved the day for his team.

He saved a penalty kick to propel Charlton to knockout QPR. The goalie was cheered by his teammates and fans at the Valley Stadium

Since moving to Charlton Athletic, Joseph Wollacott has been in fine form and has gradually established himself as a key player for his team.

He was the star for his team over the past weekend when his team cruised past Derby Country.

The 25-year-old is expected to be included in Ghana’s squad that will be assembled next month for the scheduled international friendlies.