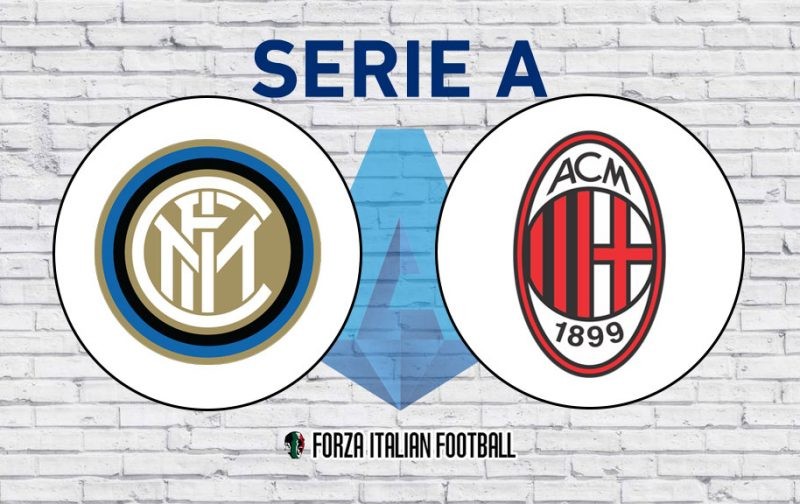 The Derby della Madonnina takes place at San Siro on Saturday evening (kick-off 18:00) in what will be a unique occasion as Inter and AC Milan do battle without fans present for the first time.

– Inter have won their last four Serie A games against Milan: the Nerazzurri have only had a longer such streak in the Milan Derby between 1979 and 1983 (five wins in a row).

– Inter are unbeaten in nine Serie A home games against Milan (W6 D3): the record for consecutive games without a defeat at home against the Rossoneri for the Nerazzurri is 10 (their first 10 in the competition).

– Except for Atalanta (56), Milan (54) and Inter (47) are the two teams that have gained the most points in Serie A in 2020. In this period, the Rossoneri have conceded the fewest goals amongst the teams present in both seasons (22 goals).

– Milan have won their first three games in this Serie A season, while the last time they won the first four games of the season in the competition was in 1995/96, with Fabio Capello.

– The next victory will be AC Milan’s 1,400th Serie A win (included awarded games) – the Rossoneri could become the third team to reach this milestone after Juventus and Inter.

– Antonio Conte could become the first coach in the history of Inter to win their first three derbies vs Milan (considering all competitions).

– His next match will be Aleksandar Kolarov’s 350th appearance across Serie A and Premier League (and 300th as a starter) – however, only against Tottenham (10 games) has the Inter defender played more league games without being involved in a goal than against Milan (nine).

– AC Milan are one of four teams that Inter striker Romelu Lukaku scored in both matches last season and they could become the first side to concede goal against the Belgian in three Serie A games.

– Zlatan Ibrahimovic has been involved in five goals in four Serie A derbies for Milan (four goals and one assist), all with Inter as the home side – he has lost three of those four matches against the Nerazzurri.