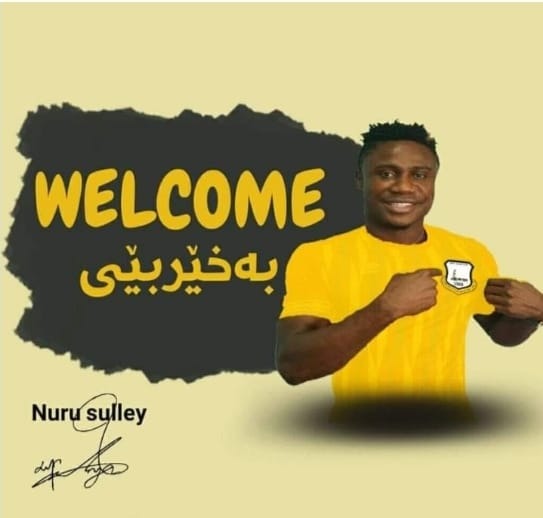 Iraqi top-flight side Erbil Sports Club have announced the signing of Hearts of Oak defender Nuru Sulley ahead of the upcoming season on a season-long loan with an option to make it permanent at end of the 2021/2022 season.

Despite announcing the signing of the experienced defender, the Ghana Premier League side claim Sulley is still their player and haven't transferred him to any club whatsoever.

The 29-year-old has previously played in Iraq for Al Mina'a SC and Naft Al-Basra in 2019.

Sulley has also had stints in Libya where he played for Al Ittihad Tripoli and Al-Nasr Benghazi before moving to Turkey to sign for Alanyaspor where he spent four years.

The centre back played a significant role for Hearts when they won the Ghana Premier League last season making 16 appearances.

Sulley will be the second Ghanaian player in the Erbil team after former AshantiGold SC striker and Black Stars B captain Shafiu Mumuni.