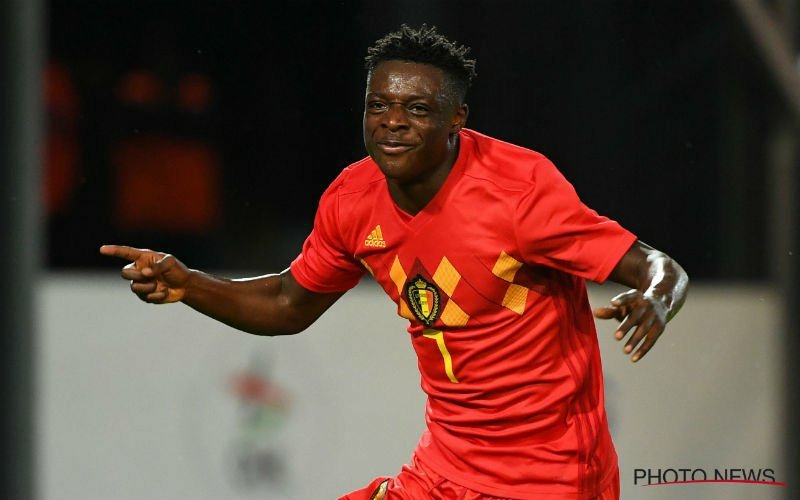 On Sunday, the Red Devils will face Portugal in the 1/8th finals of the European Championship. It is eagerly looking forward to how Roberto Martinez will set up his team against the reigning European Champion. Jeremy Doku already scored a lot of points in the last group match against Finland.

THE OPPORTUNITY OF DOKU

A few days before the last European Championship group match of the Red Devils against Finland, Roberto Martinez was full of praise for Jeremy Doku. "I haven't seen a player like Jeremy yet." In his own words, the Spanish national coach was not quite sure at the time whether he would set up the flank flash of Stade Rennes against the Finns, but his open praise of course betrayed a few things. Martinez has a soft spot for Doku's unique qualities, which combine unpredictability, agile dribbling and an insane amount of speed.

In the end, it was therefore no big surprise that Roberto Martinez effectively chose Jeremy Doku in his starting team against Finland. The logical victim of that personnel change was Dries Mertens and that switch was not surprising either. Ciro hadn't had his best season with Napoli already, and at the recent European Championship he is also leaving a very pale impression for the time being. For Doku, the match against Finland was therefore an excellent opportunity to strengthen his application as a potential basic player at Euro 2020.

In this way, the 19-year-old came into action for the first time at the European Championship. With this, Jeremy Doku is following in the footsteps of Enzo Scifo, who was 18 years old when he made his debut with the Red Devils at the EURO 1984. On the field Doku took a lot of initiative, often ending up in a one-on-one situation, for example. , but was also able to cut inwards regularly and even deliver a few attempts towards the goal.

The aforementioned trio did play considerably more minutes at the European Championship, so Jérémy Doku's performance against Finland still needs confirmation in this area. But given the fact that Doku performed an average of 10 dribbles per game at Rennes last season, that all seems to be fine. Among all the offensive players at Euro 2020, Doku is even among the top ten most efficient dribblers, outperforming Federico Chiesa, Gerard Moreno and Yannick Carrasco.

“A sensational one against one”, Roberto Martinez praised Jeremy Doku after his performance against Finland. Especially when the flank flash came to play on the left, his qualities were more remarkable. After the break, Doku sank somewhat, and in the zone of truth he still lacked some overview, but all in all the performance of the Anderlecht youth product was mainly positive. “I thought it was a good match of my own, especially for my first match at such a tournament”, said Doku himself. Dries Mertens has therefore been warned.