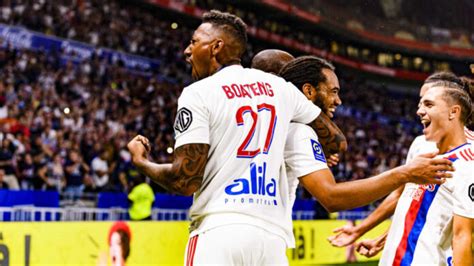 The defender came with his new club to a 3-1 (1-0) against Racing Strasbourg. Boateng was substituted on after a good hour. The goals for the second Lyon win of the season were scored by Moussa Dembele (8th), Jason Denayer (64th) and Lucas Paqueta (87th). Habib Diallo scored for Strasbourg with a hand penalty (90 + 7).

The 33-year-old Boateng had signed a two-year contract with the French first division club at the beginning of the month. In the team of the former Leverkusen Bundesliga coach Peter Bosz, the defender should bring his experience to stabilize the defensive.

Since Boateng's contract with the German record champions FC Bayern Munich expired on June 30, he was allowed to be signed as a clubless player even after the transfer deadline in France.

Boateng was recently in the headlines because he was sentenced to pay a fine of 1.8 million euros by the Munich district court for assaulting his former girlfriend. Boateng's defender Kai Walden had demanded an acquittal, the professional footballer had denied the allegations.