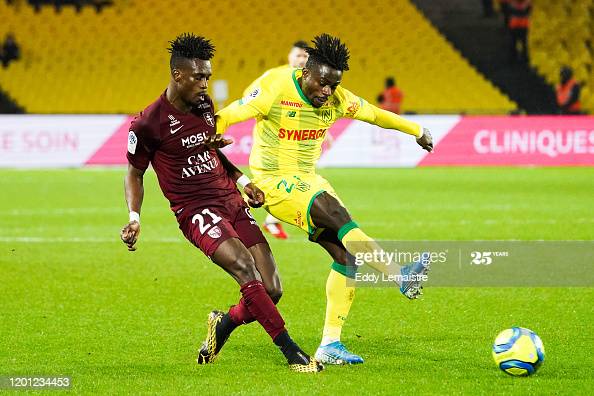 Ghana international John Boye displayed outstanding form while in action for his FC Metz side in the 1-1 stalemate against Nantes in the French Ligue 1.

In the last International break, the experienced defender featured for the Black Stars in a double-header encounter against Sudan in the qualifiers to the 2021 Africa Cup of Nations (AFCON) tournament.

Having returned to his club in mid-week in good shape, he had the chance to train with his teammates and was called into action this afternoon to help his team in their game against Nantes.

In what is a Matchday 11 fixture of the ongoing season played at the Stade de la Beaujoire, John Boye had a very good game as he lasted the entire duration of the encounter.

On the Matchday, Randal Kolo Muani scored for Nantes in the 28th minute with before a late first-half penalty converted by Aaron Leya Iseka earned a point for FC Metz.