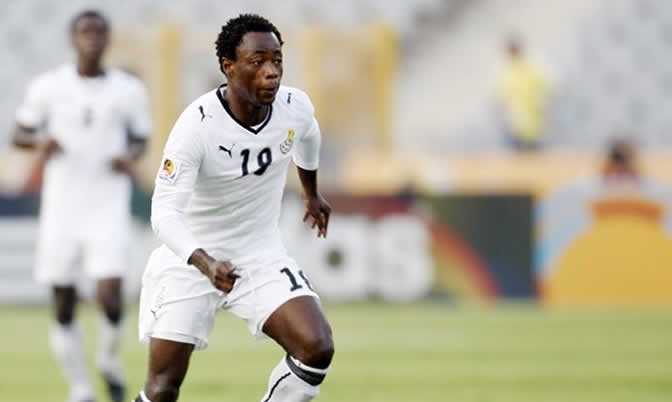 Ex-Ghana youth star Ransford Osei has disclosed how he came close to joining Real Madrid in 2007 but the move was halted by Kessben FC.

According to the 30-year-old who has announced his retirement from football said, the Spanish giants made an offer after the U-17 World Cup but his club at the time Kessben FC rejected the bid.

Osei was a celebrated footballer at the youth level, playing at separate U-17 and U-20 FIFA World Cup tournaments.

The former Asante Kotoko forward was a member of the Black Starlets side that won bronze at the 2007 U-17 World Cup, where he emerged as the winner of the golden boot.

Osei was also part of the Black Satellites team that won the Africa Youth Championship in 2009 as well as the U-20 World Cup in the same year.

“After the U-17 World Cup, I was a hot cake. A lot of teams wanted me; even Real Madrid wanted me,” he told Humble Ike on Youtube.

“They tabled an offer for me and Daniel Opare, but Kessben FC said their money wasn’t enough so they rejected the bid," he added.