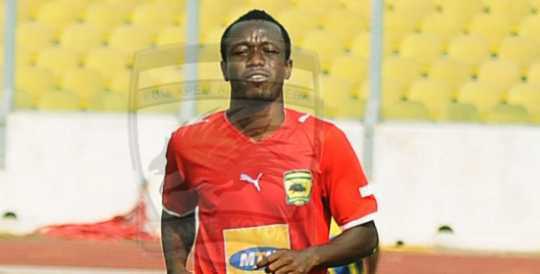 The Porcupine Warriors have gone four games without a win, which resulted in coach Zdravko Lugarisic being axed from the club as head coach following their pulsating goalless draw game against Ebusua Dwarfs last Sunday.

“My spirit is very down because of what is happening in Kotoko. Things are difficult for us now but we need the support of the fans at this time,” Akuffu bemoaned on Kumasi-based Abusua FM.

“I don’t want anybody to think that,the players sabotaged Luga but it is due to hard luck. I always gather the players and advised them that, they should do their best to make the supporters happy because when there is a disgrace, it goes to the whole team not one person.”

“I am surprised about the team’s performance because I have never heard anybody complaining about a problem before, management is not owing anybody and I want to appeal to the fans that we need their support to succeed.”