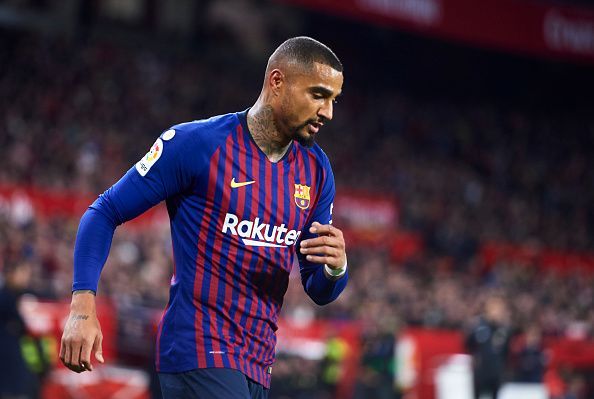 Kevin Prince Boateng’s future with Sassuolo remains uncertain despite the attacker returning from loan from Spanish La Liga side Barcelona where he struggled to make any meaningful impact.

Having moved to the La Liga champions in the January transfer window, Boateng failed to impress Head Coach Ernesto Valverde which resulted in him getting less playing time throughout the period he spent with the Catalans.

He is set to join the Sassuolo team for pre-season next month but is said to have arranged a meeting with head coach Roberto De Zerbi.

Reports in the Italian media indicates that the agenda of the player’s meeting with the gaffer will be to decide on whether he stays with the Serie A side or consider his options for a move away from the club.

The meeting has been scheduled for the coming weeks and a final decision will be taken before the team starts their pre-season training.

Fans of Sassuolo who fell in love with the former Las Palmas player last season when he carried the team on his shoulders are hoping Boateng stays with the club to lead them in the 2019/2020 league season.