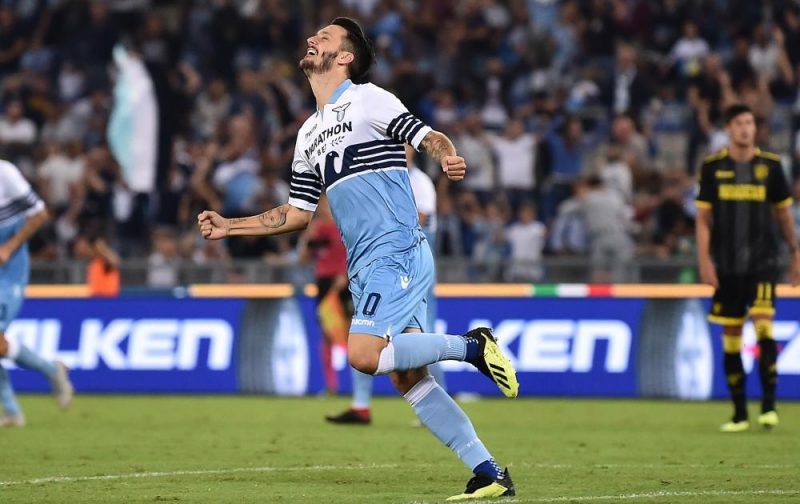 Lazio collected their first points of the season as Luis Alberto’s second-half strike earned them victory over Frosinone in Rome.

Simone Inzaghi’s side began the 2018/19 campaign with back-to-back defeats against Napoli and Juventus but secured a vital win at the Stadio Olimpico with a performance that was more dominant than the scoreline suggests.

The home side had the ball in the net after just four minutes when Sergej Milinkovic-Savic bundled a knock-down in from close range, but referee Gianpaolo Calvarese chalked it off for offside before having his decision confirmed by VAR.

Lazio continued to dominate throughout the opening 45 minutes, controlling 78 per cent of possession, and created several chances as Marco Parolo hit the post with a header and Ciro Immobile and Milinkovic-Savic both spurned great opportunities from close range.

It took the Biancocelesti just three second-half minutes to take the lead. Senad Lulic’s shot was charged down but rebounded into the path of Alberto, who showed good composure to drill a low shot into the corner. It proved to be the decisive act of the game as Lazio survived late pressure to see out a deserved win.

Lazio stars up and running

Sergej Milinkovic-Savic and Luis Alberto came in for some barbed criticism after neither midfielder impressed in the opening two weekends of the campaign. Lazio’s hopes for the season could depend on the form of the pair, who scored a combined 23 Serie A goals last season, and they showed signs of rediscovering their best form at the Olimpico.

The towering Serbian looked to have found his swagger, peppering shots in from range and enjoying a much greater influence over proceedings, while Alberto got on the scoresheet again and improved after a quiet opening to the match to produce an accomplished performance. With Joaquin Correa waiting in the wings to get a chance, both players know they’ll need to keep raising their game if they are to stay in Inzaghi’s lineup.

Where will the goals come from for Frosinone?

The statistics make for bleak reading for Frosinone fans after three rounds, with the Canarini faithful still waiting to see their first goal of the campaign. A goalless draw against Bologna last weekend at least put a point on the board, but it’s hard to see where the goals are coming from in Moreno Longo’s team.

There was plenty of space to exploit on the counter against Lazio’s high line, but Frosinone were ineffective when they had their chances and never managed to seriously test Thomas Strakosha in goal.