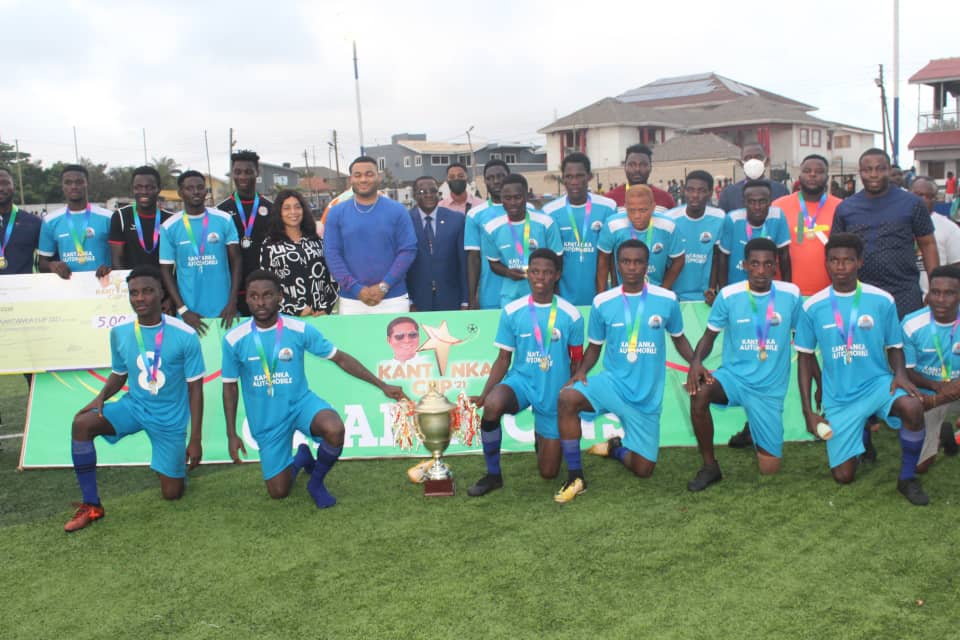 Dansoman-based Liberty Professionals Academy have won the maiden edition of the Kantanka Cup after defeating Jayash Academy 2-0 in the final on Wednesday evening at the La McDan Town Park in Accra.

Goals either side of halftime by Kwadwo Boamah and Maxwell Ameyaw secured the Kantanka Cup trophy and a GH₵5000.00 cash prize for the Liberty lads.

Liberty emerged champions of the eight-team gala after defeating Charity Stars, Great KOSA in the run-up to the finals.

However, losing finalists Jayash who were equally impressive in the run to the final did not go home empty-handed as their midfield lynchpin Ishmeal Nii Otu won the Best Player award and the team won a GH₵3000.00 cash prize for finishing second.

The two-day football tournament was played to honour Apostle Kwadwo Safo Kantanka who celebrated his birthday on August 26, 2021.