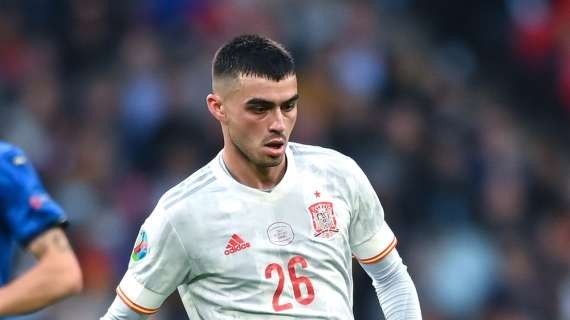 Pedri and FC Barcelona are getting closer in talks about a contract extension. According to the 'Mundo Deportivo', the FC Barcelona officials know that the conditions in Pedri's current working paper, which he signed at the age of 16, do not reflect his status on the team.

According to the report, the now 18-year-old Spaniard is also interested in staying with the Catalans for the long term.

Barcelona actually have a club option to extend Pedri's contract for another two years. However, this clause does not comply with UEFA regulations and is prohibited for players under the age of 18. Pedri should by no means be interested in contesting the clause, as Barca apparently also has no intention of pulling the option.