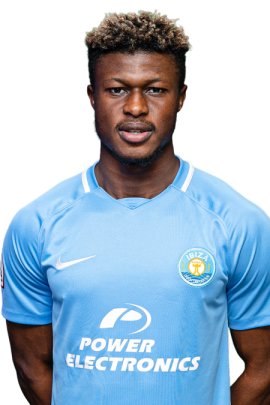 The former Cheetah FC player has returned to Watford after his loan deal with UD Ibiza expired footballghana.com can report.

First team action was limited so the midfielder was sent on a season-long loan to play for UD Ibiza in the Spanish third tier.

Following his work rate and performances under UD Ibiza coach Pablo Alfaro attacking tactics, Watford has recalled him to join the first team for next season.

The right-footed midfielder has been loaned to two clubs since he joined Watford namely UD Ibiza and KF Skenderbeu.