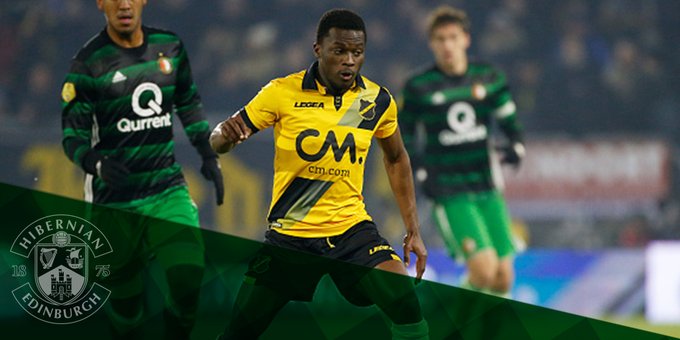 Ghanaian youngster Thomas Agyepong has received a congratulatory from Manchester City on his loan move to Scottish side Hibernian.

Agyepong has agreed to join Hibernian on a season long loan.He will join up with Neil Lennon's squad once the necessary visa process has been completed.

The winger signed for City from the Right to Dream Academy in 2015 but is yet to make an appearance for the Premier League champions.

He has spent time out on loan at FC Twente before he played for two seasons at NAC Breda where he made 39 appearances and scored twice.

Good luck to Thomas Agyepong on his move to @HibsOfficial ? #mancityhttps://t.co/IqVmYI8i0v