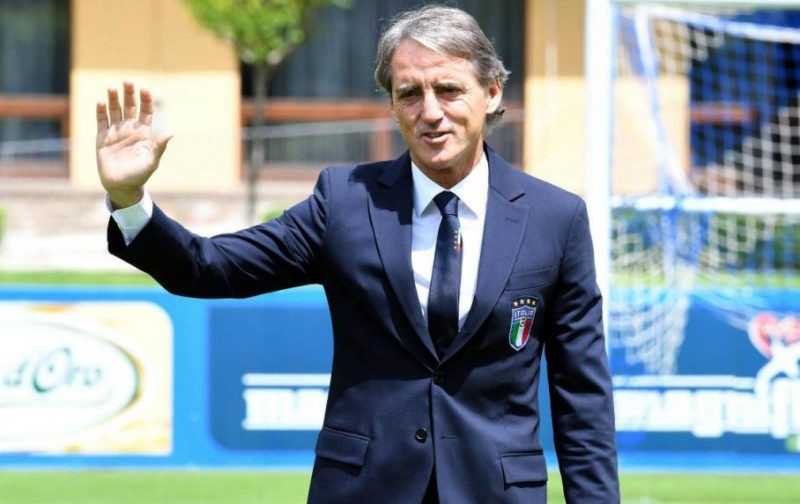 The winds of change continue to blow through the Italian national team, as Roberto Mancini has shown his commitment to youth with his latest squad selection.

Matches against Poland and Portugal in the inaugural UEFA Nations League await the 53-year-old and his band of fresh-faced men, with no less than 19 of the 31 players having 10 or fewer caps.

The inexperience is evident when looking at two specific positions – goalkeeper and midfield. Salvatore Sirigu leads the way in goal with 18 caps, with the likes of Gianluigi Donnarumma, Mattia Perin and Alessio Cragno making a combined eight appearances after him.

It’s all the more worrisome given the Milan No 1’s shaky start to the campaign, and things don’t get any better when you consider Perin has yet to make an appearance for Juventus since his summer move for Genoa.

Having said all that, it may be the midfield where Italy’s biggest question marks lay. Giacomo Bonaventura and his 11 caps lead the way, a figure that is in line with someone who has been no more than a fringe player for the national team, but one that doesn’t inspire confidence given his 29 years of age.

After that, Mancini has gone full steam ahead with a cast of midfielders that are expected to play a major role for the Azzurri in the coming years, but not without some growing pains.

Jorginho’s bright start at Chelsea has been the best news for a side still waiting for Marco Verratti – not included in the current squad – to finally take the reins.

Bryan Cristante and Lorenzo Pellegrini look set for key roles at Roma after a summer shakeup in the capital, while Inter’s Roberto Gagliardini looked solid in his season debut against Bologna on Saturday.

However, it’s the inclusion of Nicolo Barella and Nicolo Zaniolo that have caught the most attention. The Cagliari man continues to add his stellar reputation, and the feeling is the 21-year-old will continue his development thanks to regular playing time for the Sardinians. Zaniolo became just the fourth player – after Raffaele Costantino, Massimo Maccarone and Verratti – to receive an Italy call-up before making his Serie A debut.

While it would be a stretch, and frankly, unfair to expect much from the 19-year-old, even a cameo role in either of the two matches would highlight Mancini’s fresh approach to rebuilding the scorched earth that is the current Azzurri.

Much will depend on how the tactician fields his side, as a three-man midfield would revolve around Jorginho’s passing acumen and industrious work alongside him.

That would open up space for the likes of Lorenzo Insigne, Federico Bernardeschi, Federico Chiesa and the returning Domenico Berardi to operate on the flanks – a position that, despite the wealth of talent, never quite clicked under Gian Piero Ventura, and played a part in his demise.

Add in the ultimate question mark – Mario Balotelli – who looks to be the main man at the heart of the attack, and you have a side that has the potential to delight, but one that will likely frustrate in the short term as well.

Regardless of results against Poland and Portugal, one can only hope Mancini sticks to his youth movement, as it’s the only way Italy will move forward after a summer they’ll hope will never be repeated.