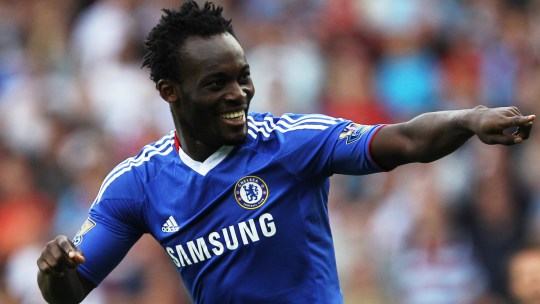 Michael Kojo Essien, born on 3rd December, 1982 reigning from Accra in Ghana, turned 36 a couple of months ago. To most people, he is popularly known for his time at Chelsea, who sit sixth on the EPL table today, where he bagged 2 Premier League titles and scored that bender of a goal against Arsenal.

Essien began his career at Liberty Professionals with Ghana after which he move to France to join Bastia. After completing 3 seasons at Bastia, he moved to Lyon in the year 2003.

During his five years in France, Michael Essien acquired French citizenship, bagged the Ligue 1 Player of the year in 2005 and won two back-to-back titles in 2003-04 and 2004-05.

After 5 years, he moved to the England to join the Pensioners for a fee (at the time, most expensive fee for an African player) of £24.4 million. Between 2005-2014, Essien appeared in a total of 168 caps, scored 17 goals with the highest goal scoring season being 2007-08 - 6 Goals in a season for a Central Midfielder.

With Chelsea, who have had the toughest set of results from their EPL Fixtures in last 4 weeks, Essien was pivotal in putting a few jewels onto the Chelsea crown, these jewels included; Winners of Premier League in 2006 and 2010, 3 FA Cups, 1 League Cup, 1 Champions League victory in 2012 against Bayern Munich and runner up in 2008 against Manchester United.

Kicking off his career at a local club called Liberty Professionals in Accra, Essien made his first breakthrough at the ‘99 U-17 World Cup Championship in New Zealand. The bonny lad gave a trial for Manchester United back in 2000 and also played in a match representing the club against Derby County.

He couldn’t go through with the signing at United because he was ineligible to obtain a work permit in the UK.

Lyon's Ghanaian midfielder Michael Essien celebrates after scoring a goal during the French first league football match
Essien’s mother wanted him to move to France, and so, he got picked by Bastia in the Division 1. He did not command a position straightaway into the squad and got only 13 league appearances in the 2000-01 campaign.

From being given a spot in the back 4 in the premier season, under manager Robert Nouzaret, Essien got the position that would be his position for the future, as Central Midfielder. He was a spectacle in the spot.

He had a wonderful connect with Nicolas Dieuze and Cyril Jeunechamp and was also responsible for some vital goals for his club.

Although, the aggressive Ghanaian picked up 12 yellow cards in the 2002-03 season.With the season ending, there were rumors for Essien from the likes of PSG, Lyon & Marseille.

Despite getting an offer not worth declining from PSG, Essien decided to proceed by taking his chances with Lyon. #4 on his back and the position as the box-to-box midfielder, Essien found his footing.Through the course of his journey at Lyon, he got the freedom to move and assists Juninho while Diarra and Edmilson backed him up defensively.

He scored on his debut within 5 minutes, provided some clinical assists and made 33 league appearances in the season. The final season at Lyon saw him as a victor of the League once again, although, his statistics depicted his tenacious behavior as a professional - 3 goals and 11 yellow cards.

He was also voted as France’s Player of the Year in 2005 for his noteworthy contribution to the team. He also played a crucial role in taking his side to the quarter-finals of the 2004-05 UEFA Champions League where Lyon lost to PSV on penalties.

Well, the star had already picked up some immense popularity over the years. It was only time until he made his way to England. This time, not as a Red, but as a Blue, Essien signed for Chelsea for a record fee of 24.4 million pounds - highest ever for an African player back then and also 0.4 million more than what was paid for Didier Drogba the previous season.

In that Chelsea side, he took up the spot of a Defensive Midfielder, managed to score a few goals and some real spectacles. The 2005-06 year for Essien was one to remember, he was nominated for the 2006 FIFA Player of the Year award, the ‘06 Ballon D’or and was voted as Africa’s 3rd Best Player in the same year.

In the 06-07, season scored goals when it counted the most - he opened his book for the Champions League against Werder-Bremen, a late-winner in the QF against Valencia and a late equalizer against Arsenal - a match that was going to end Chelsea’s unbeaten run.

In the same year he was voted as Player of the Year for Chelsea for his outstanding performance.

The goal scored against Arsenal is one to watch, a screamer from yards out that bullets into the top corner - it also picked up the Chelsea goal of the season.

After having a scintillating season, there were nominations against his name again for the Player of the Year, the Ballon D’or and was runner-up for Best African player.

In ‘08, he signed a new 5 year contract but to his dismal, he picked up an ACL injury whilst playing for Ghana.

All in all, Essien’s stint at Chelsea has been prolific, the fans loved him for the role he played for the team and the work-rate he would put onto the field.

A Champions League title and 2 Premier League titles are his crown jewels that he wears on him, and deservedly so. 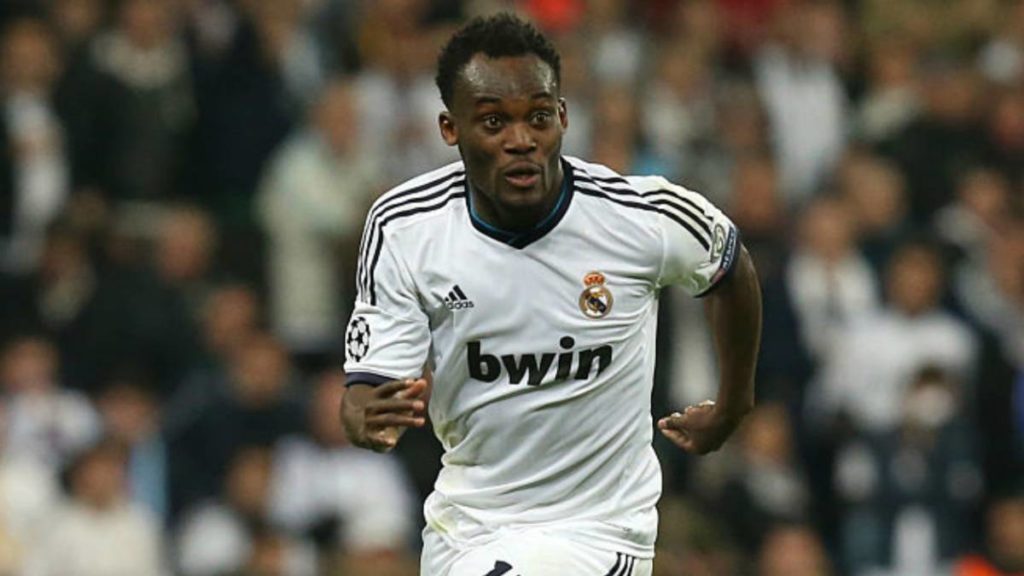 Essien also played for Real Madrid
For a short stint thereon, Essien went back to play for his former manager - ‘the special one’ - Jose Mourinho. The father-son bonding between the two is what the feat has been termed.

Onwards and upwards from Madrid to Milan with a 1.5 year contract and then a 2 year contract with Panathinaikos bagging an annual salary of €800,000.

A bitter taste in his last club with having encountered a leg injury, parting with the club within 3 months and filing suit to recover the sum owed to him was what the star’s destiny had in store for him.

In 2017, Essien joined the Indonesia based Persib Bandung after rejecting an offer from the Australian A-League. He scored a goal for the club and was released due to the maximum no. of foreign players mandate that was to be maintained.

What makes Essien the Legend?

Nicknamed ‘The Bison’ for the aggression that the Ghanaian born, French citizen possesses, he was ready to go out on all fours for his team.

Technique, vision, skill, work-rate and a commendable striker of the ball from a far range, he was an asset on most-days.

He came in handy for his clubs, especially in the early days - and his own badge deserves the accolades he has received.