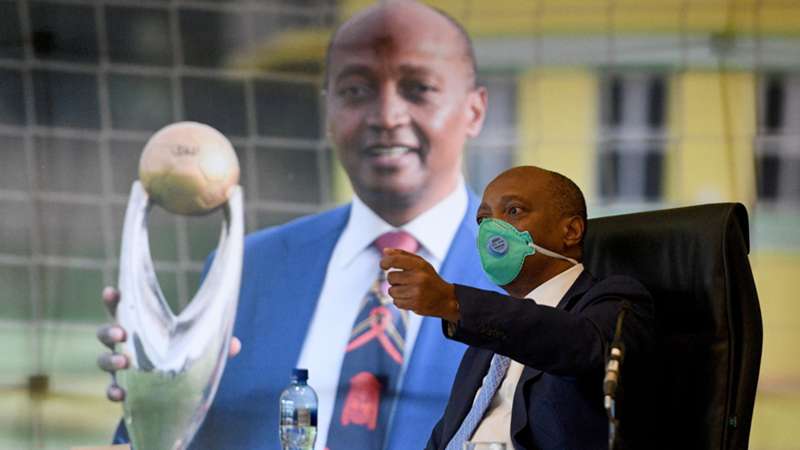 Things you didn't know about Motsepe

Patrice Motsepe is expected to be elected Caf president unopposed on March 12 after three of his rivals - Jacques Anouma, Augustin Senghor and Ahmed Yahya - withdrew their candidacies.

Furthermore, outgoing Caf president Ahmad Ahmad's five-year ban was reduced to two years by the Court of Arbitration for Sport (Cas) on Monday and this means he cannot run for re-election.

Born in Ga-Rankuwa near Pretoria, South Africa, on 28 January 1962, Motsepe was named after Patrice Lumumba, who is the first elected Prime Minister of the Democratic Republic of Congo.

Lumumba played an important role in ensuring that DRC gained independence from Belgian colonisers on June 30 1960, but he was assassinated on January 17 1961.

One of Motsepe's good friends is Congolese politician and billionaire Moise Katumbi, who is the president of the most successful Congolese club, Tout Puissant Mazembe.

His father was Chief Augustine Butana Chaane Motsepe, who led his Tswana tribe, Bakgatla-Ba-Mmakau in the North West province of South Africa and this makes Patrice a prince.

Better known as ABC Motsepe, Patrice's father was also a school teacher and owner of a Spaza shop which is South African slang for a small shop in a township.

Patrice's Motsepe Foundation signed a long-term deal for the naming rights of the third tier of South African football in 2014 and the competition is known as ABC Motsepe in honour of Chief Motsepe, who died in 2007.

Having been brought up in Soweto, Motsepe is a mining magnate having founded Future Mining in 1994, and went on to launch African Rainbow Minerals Gold Limited in 1997.

The Blue Bulls Rugby Union co-owner became a billionaire in 2008 - the first black African on the Forbes list and he was South Africa’s richest man in 2012 for a time with an estimated fortune of R20.07-billion ($2.4-billion).

Motsepe is also South Africa's first black billionaire and he is currently placed ninth on Forbes' list for the richest Africans in 2021 with a net worth of $3 billion.

Tshepo is the First Lady of South Africa as the wife of State President Cyril Ramaphosa and Bridgette is married to Jeff Radebe, the country's longest-serving minister in the democratic dispensation.

Patrice established the Motsepe Foundation in 1999 and it was founded on the philosophy of ‘ubuntu’, the African concept of giving and caring for your neighbour and other members of your community.

The 59-year-old was the first African to have joined The Giving Pledge, a campaign founded by Warren Buffett and Bill Gates, who are both consistently among the wealthiest people in the world.

Motsepe agreed to donate at least half of his total wealth to charitable causes in 2013, matching a pledge made by American billionaires Gates and Buffett.