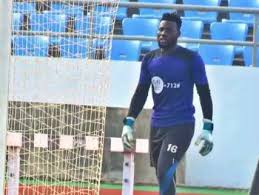 Hearts of Oak goalkeeper, Richard Attah, has revealed that his mother did not give him her blessings before he started playing football professionally.

The shot stopper revealed that his mother used to beat him a lot when he made attempts to play football but it did not stop him from playing.

"My mum used to beat me always because of my love for football. Anytime she beats me, I go and play football the next day. She never gave me her blessings to play football," he told Joy FM.

After his callup to the national team, his mother congratulated him.

"When I told my mother about the callup to the Black Stars, she said 'you are finally realizing your dreams.'"

Attah will battle Asante Kotoko's Ibrahim Danlad in a FIFA 20 faceoff. The match is being organized by Joy Sports on Saturday at 2pm.