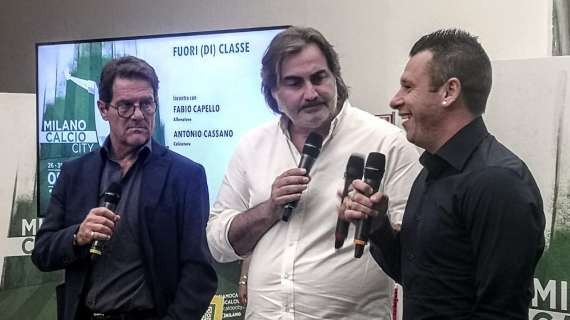 Last night it was time for the playoff draw for the World Cup in Qatar where Italy drew North Macedonia in the first match (or semifinal) and possibly the last match against the winner of Portugal and Turkey. The theme of this delicate appointment was also addressed during the Bobo TV episode on Twitch TV. Talking about the Azzurri's upcoming challenges in March was Antonio Cassano above all who does not seem to have good feelings.

"There shouldn't be big problems with Macedonia. But then I have a great fear, that of imagining a World Cup without Cristiano Ronaldo", began Cassano. "If I think about it, I can't imagine that Portugal can stay out - leaving Italy alone for a moment -. I think they are one of the 4 or 5 strongest national teams in the world. I am signing now to play in Turkey, with them. . Even if there will be a warm climate with the fans and everything. Because if the final were to be with Portugal. Well, let's start with a foot and a half out. "