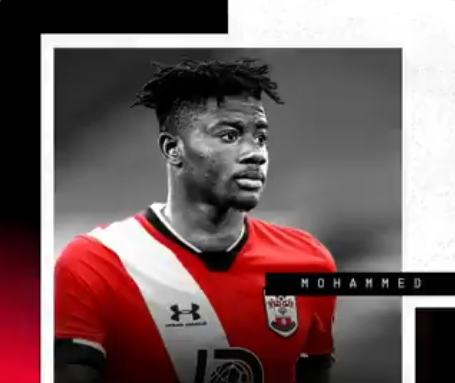 English Premier League side Southampton has completed the signing of Mohammed Salisu, footballghana.com can officially report.

As reported by your most trusted online portal already, the Saints in the past couple of weeks agreed to a deal to bring the Ghanaian defender to the St. Mary's stadium from Spanish outfit Real Valladolid.

After completing the necessary paper works, Southampton has today announced that it has signed Mohammed Salisu. The towering center-back has been signed for a fee of £10.9million.

"Southampton Football Club is delighted to announce it has completed the signing of center-back Mohammed Salisu from Real Valladolid", an official club statement has said today.

The 21-year old defender has inked a 4-year contract and will be expected to play a key role for the Saints when the 2020/2021 English Premier League season starts.

Last season, Salisu made over 30 appearances for Real Valladolid as he chipped in with 1 goal and 1 assist for his team in the Spanish La Liga.