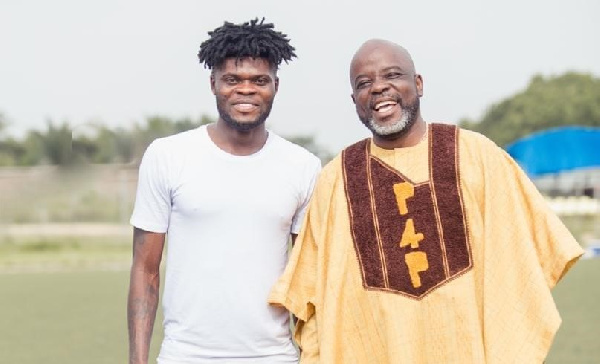 Tema Youth FC president, Wilfred Osei Kwaku Palmer has expressed his satisfaction with the career path of Thomas Partey despite coming from a poverty-stricken area.

The 27-year-old dynamic midfielder has been praised for his move to Arsenal this summer from Atletico Madrid.

After making his full debut for the Gunners in their Europa League win in Austria against Rapid Vienna, Partey has earned applauds from pundits and ex-players for his mind-boggling display.

According to Palmer, who saw the progression of Partey at Tema Youth says the midfielder came from a poverty area but was always determined to succeed.

“Most of these players come from poverty-stricken areas,” the Tema Youth FC President Wilfred Osei Palmer told The Mail.

"The path he came from was poverty-stricken too. That was why our club was set up, to bring them off the street and give them a life that is meaningful.”

Even so, Palmer laughs as he admits that while Premier League players have three shirts for one game, those at Tema will have one for the whole season.

“I always tell them to strive for something bigger, to be able to change your life and the life of your family,” he added.

Partey joined Atletico from Tema Youth in 2011 for trails before breaking into the first team in 2015 after being loaned out several times.