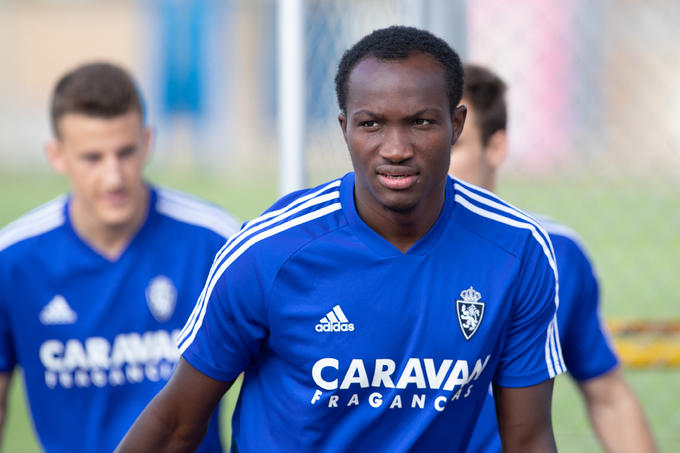 Raphael Dwamena is optimistic a miracle that will enable him return to play after he was asked to to take a sabbatical leave from football.

It has been weeks and months since Real Zaragoza announced the strikers indefinite discharge due to a health problem. A heart condition that prevented the Ghanaian footballer from continuing his career as a footballer, but the striker still hopes to be able to shine on the grass again.

Dwamena is a man of faith, and as such, he is not dragged by pessimism, not even in front of so many doctors who have confirmed that his is a problem without solution. On the other hand, he clings the diagnose s of the doctor who, even without guarantees of success, indicated that an operation could allow him to be a footballer again.

The Ghanaian knows that there are no impossible ones. This was stated when he arrived at Levante, when he already made known that he had been assured that he would not be able to play football again, and yet he arrived at the Valencian club and then at Real Zaragoza , where his heart returned to play tricks on him Dwamena is now looking for a new miracle, with the example of Kanu, also operated on a heart condition at the end of the 90s and that allowed him to continue playing until 2012, the year of his retirement.

For precedents and faith, Raphael Dwamena is still determined to feel like a footballer again. A sensation that only time will tell if he is able to recover but, at least for the moment, the striker keeps the flame alive and the desire not yet to throw in the towel and keep fighting to get his boots back on.