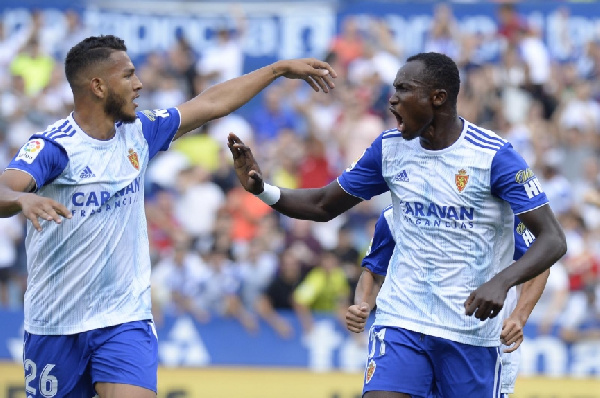 Spanish side Real Zaragoza are set to terminate the contract stricken Ghanaian striker Rapahel Dwamena, according to report in Spain.

The 24-year-old. who joined the second tier side in the summer from Levante has been ruled out indefinitely after a debilitating heart scare was discovered by the medical team of the club.

Dwamena joined Zaragoza to gain more playing time but just as he was performing on the pitch the unexpected diagnosis about his heart conditions was detected.

The Ghanaian, who is currently undergoing medical test and treatment is expected to return to his club as he undergoes treatment and rehabilitation.

He has already travelled to Barcelona to see cardiologist and experts about his heart condition which is threatening to derail his promising career.