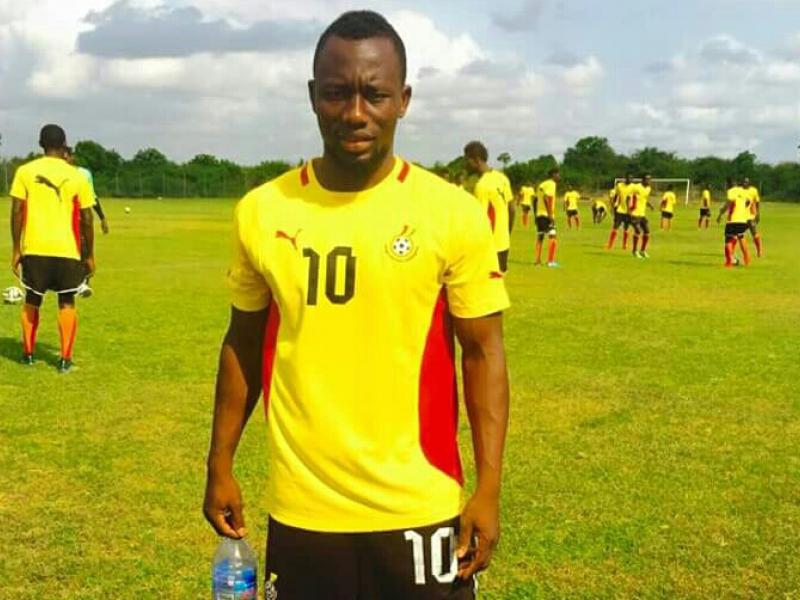 Former Kumasi Asante Kotoko forward, Saddick Adams has opened up on his dream to play for Accra Hearts of Oak as he notes that he wants to make history with the Phobians.

The experienced striker denied the Phobians an MTN FA Cup title in 2017 when he netted a hat-trick against the side during his time with the Porcupine Warriors.

Two years on, the attacker who is now a free agent has openly confessed that it is his dream to join the Rainbow family and make history with them before he retires.

"I will love to play for Hearts of oak and make history with them", the former Obuasi Ashanti Gold striker said in an interview with Angel FM.

He continued, "They (Hearts of oak) did not approach me as a club but I had calls from people within hearts of oak which I thought it could have materialized but unfortunately it did not happen.

"Is my dream to play for Hearts of oak one day.

At age 30, Saddick Adams believes he still has what it takes to play at the highest level and wants to be given his shot with Hearts of Oak.

He almost joined Techiman Eleven Wonders in the last transfer window but talks, unfortunately, broke down at the tail end.