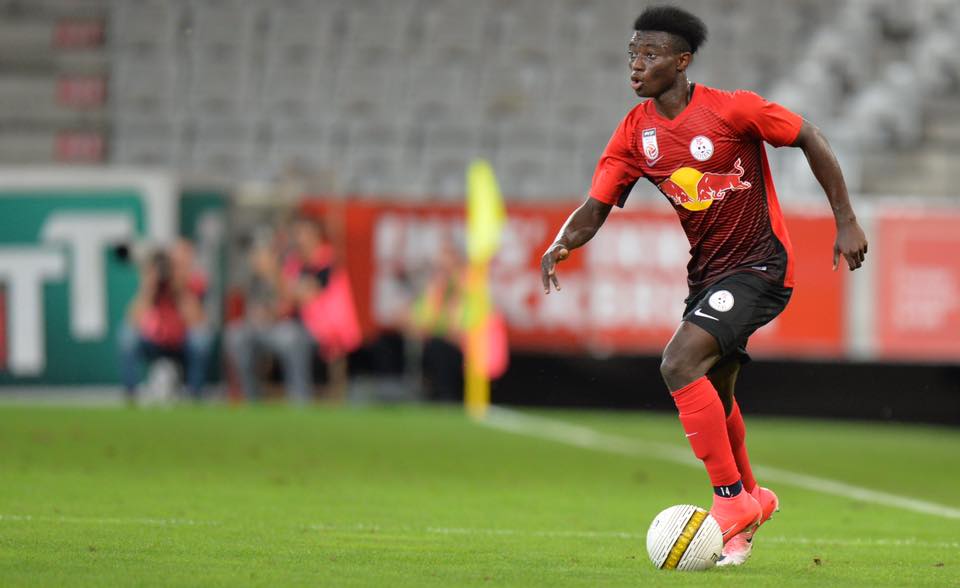 Highly-rated Ghanaian defender, Gideon Mensah has confirmed that indeed there was some interest from Spanish La Liga giants Barcelona to sign him during the summer transfer window.

The left-back who plays for Austria side Red Bull Salzburg was at the center of transfer speculations prior to the closing of the window over a proposed move to the Catalan club.

At some point, the wires reported that Barcelona had proposed a temporary switch that would have seen Gideon Mensah playing for their second team in the Spanish Segunda B.

Several media outlets reported the move but it did not happen with Salzburg later denying any possible transfer of their asset.

Weeks after the shutting of the transfer window, the 21-year-old in an interview with Footballmadeinghana.com has clarified what transpired.

“'Yes it was true but the only thing that will keep people doubting was they never came to Red Bull to make a proposal but I had a call from one guy [agent] that they are working on this for me and that it was true and they had to make a board meeting”, he said.

Mensah added, “The next day I saw news on the Internet. One guy sent it to me from Ghana I and opened it and I read Gideon might go the Barcelona B and trained with the first and I called this agent and asked ‘Did you tell anybody about this move?’ He was like No and then he calls Spain and in Spain, it was also in the press because there was one scout from Barcelona who published the news out already.

“The only thing was that they (Barcelona) didn’t come to Red Bull”.

Meanwhile, the Ghanaian is currently playing at Belgian Jupiler Pro League side S.V. Zulte Waregem after joining on a season-long loan.