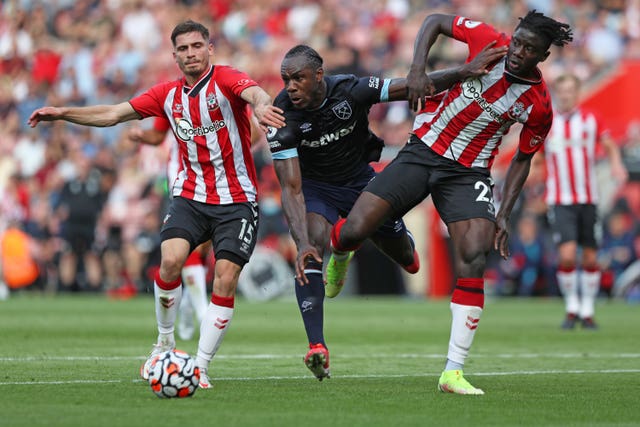 The manager of Southampton, Ralph Hasenhuttl has lauded the performance of Ghanaian defender Mohammed Salisu in the team’s goalless draw against West Ham United.

The youngster was in action for the Saints on Saturday when the team hosted the Hammers in a crucial matchday 4 encounter of the 2021/2022 English Premier League season.

Speaking on the performance of the Ghanaian after the match, Ralph Hasenhuttl was full of praise although he still believes there is more room for the 22-year-old to develop.

“On the man he’s very strong. In the duels he’s very nasty because he’s on them and this is his game.

“He still has to improve his game with the ball, that can be much better but we are going slowly this way. It’s not something we learn from one day to the other,” Ralph Hasenhuttl said after the West Ham United game.

The gaffer continued, “We force him to play more football, he didn’t do it so much in his career so far but this is what we want.

“He’s not a Vestergaard so far with the ball but we want to improve him and finally I’m happy for both centre-backs that they have their first clean sheet this season.”

He has been learning at the new club and is being tipped to become a top defender in the next few years.