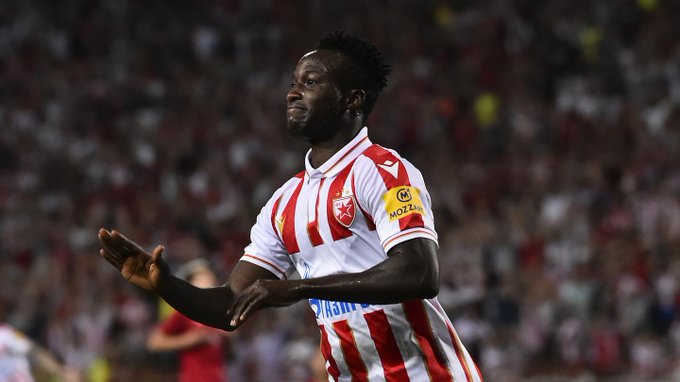 Ghana international, Osman Bukari has extended his appreciation to the fans of Red Star Belgrade for their support during Wednesday’s big win against Pyunik in the UEFA Champions League playoff.

The talented winger was in blistering form on Wednesday night and netted a hat-trick to propel his team to a massive 5-0 victory.

During the match, fans of Red Star Belgrade enjoyed the performance of the Black Stars attacker and chanted his name anytime he was on the ball.

Speaking after the match, a delighted Osman Bukari took time to thank the fans for the support.

“Beautiful atmosphere, I feel great playing in front of Zvezda fans. I thank them for the applause and for chanting my name. I love them! They love me too, so we enjoy it. But I knew everything about Zvezda fans even before coming to the club, they are always like this. In the second leg - to repeat this kind of game,” Osman Bukari said in his post-match interview.

Red Star Belgrade will travel to Armenia with a big advantage next week for the second leg of the UCL playoff against Pyunik.