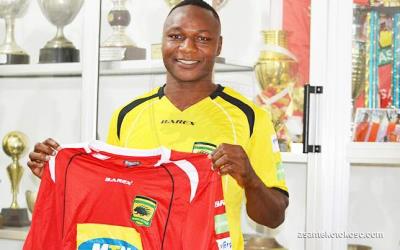 Defender Wahab Adams has heaped praises on Asante Kotoko after opening up on how the club has turned around his life since he joined.

The highly-rated center-back joined the Porcupine Warriors in 2018 from Aduana Stars after helping the Dormaa-based club to lift their second Ghana Premier League title.

According to Wahab Adams, he has been able to build his own house in the 3 years he been an Asante Kotoko player and also has his own business which is fetching him good money on the side.

“For the past 3 years of coming to this family, I have been able to build a house which is yet to be furnished and also have established businesses which derives me more income”, he said in an interview with Light FM.

“This fabulous club has really helped me a lot so no player should underestimate the team”, Wahab Adams further stressed.

As he appreciates what the Ghanaian giants have done for him, the center-back says he wants to help the club win the CAF Champions League before he calls time.