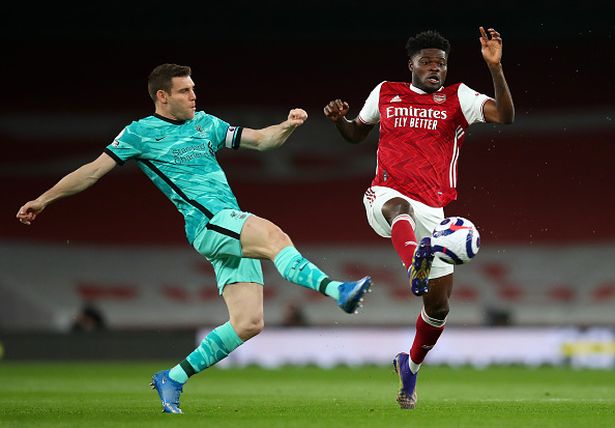 Ghana midfielder, Thomas Partey featured for Arsenal in their defeat to Liverpool on Saturday.

The Gunners were hammered 3-0 by the reigning champions at the Emirates Stadium to revive their top-four hopes.

Jota was the beneficiary of more good work from Alexander-Arnold when he slammed home his second from close range with eight minutes left - by then, though, the game had become a formality.

Despite the defeat, Partey was a busy man in the first half almost playing Liverpool's midfield three on his own at times during the first, such was the poor quality of Ceballos' display.

The 27-year-old made lots of nifty interceptions and kept his composure to dribble out at times when his teammates were found to be lacking.

The defeat leave Arsenal at the 9th position with 42 points.

Partey enjoyed teh full minutes of the game.