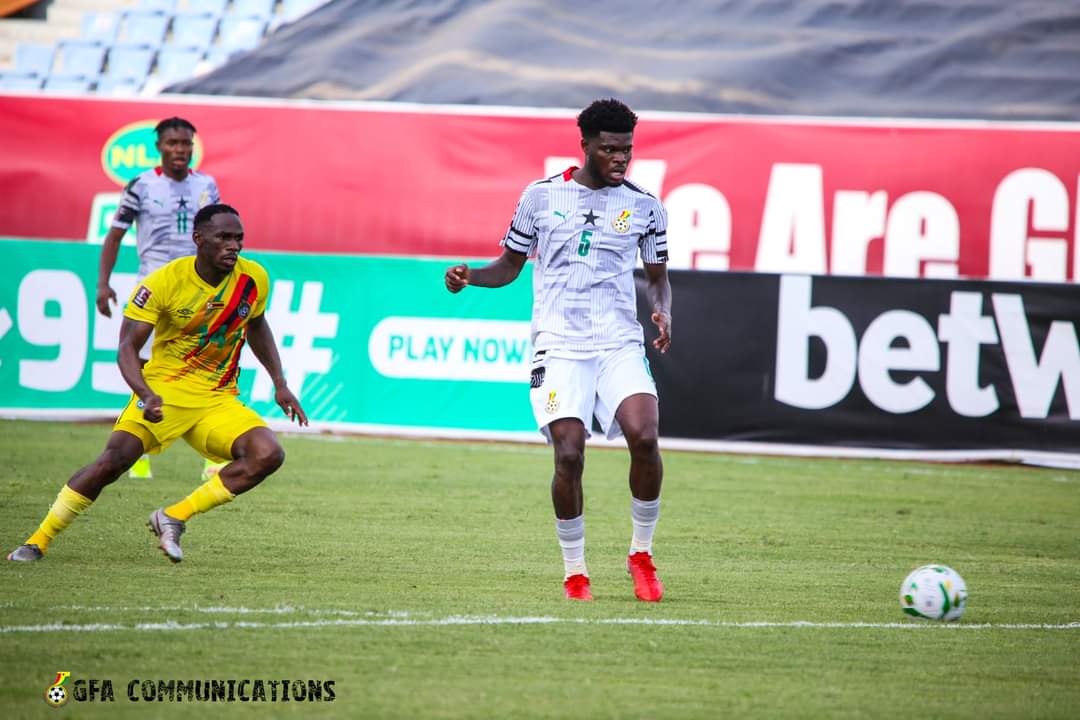 Ghana midfielder, Thomas Partey has disclosed that he will always sacrifice to play in any position to help Ghana.

The Arsenal man on Saturday played in two different positions when the Black Stars defeated the Warriors of Zimbabwe 3-1 in the qualifiers to the 2022 FIFA World Cup.

Asked about where is most comfortable playing at a post-match interview, Thomas Partey noted that he will play anywhere as long as it will help his team to win games.

“I think it is the decision of the coach and he knows where every player in the pitch can play. We started with me playing behind because we have a lot of talent ahead who can score goals. The couch made a change for Baba to come in and I moved forward.

“Everywhere on the pitch where I can help in the national team, I am ready to sacrifice. I don’t mind defending, attacking. Every time I have to play for Ghana, I don’t mind sacrificing and playing in every position,” Thomas Partey said after the game.

In the game against Zimbabwe, Thomas Partey scored when he was pushed forward in the second half.