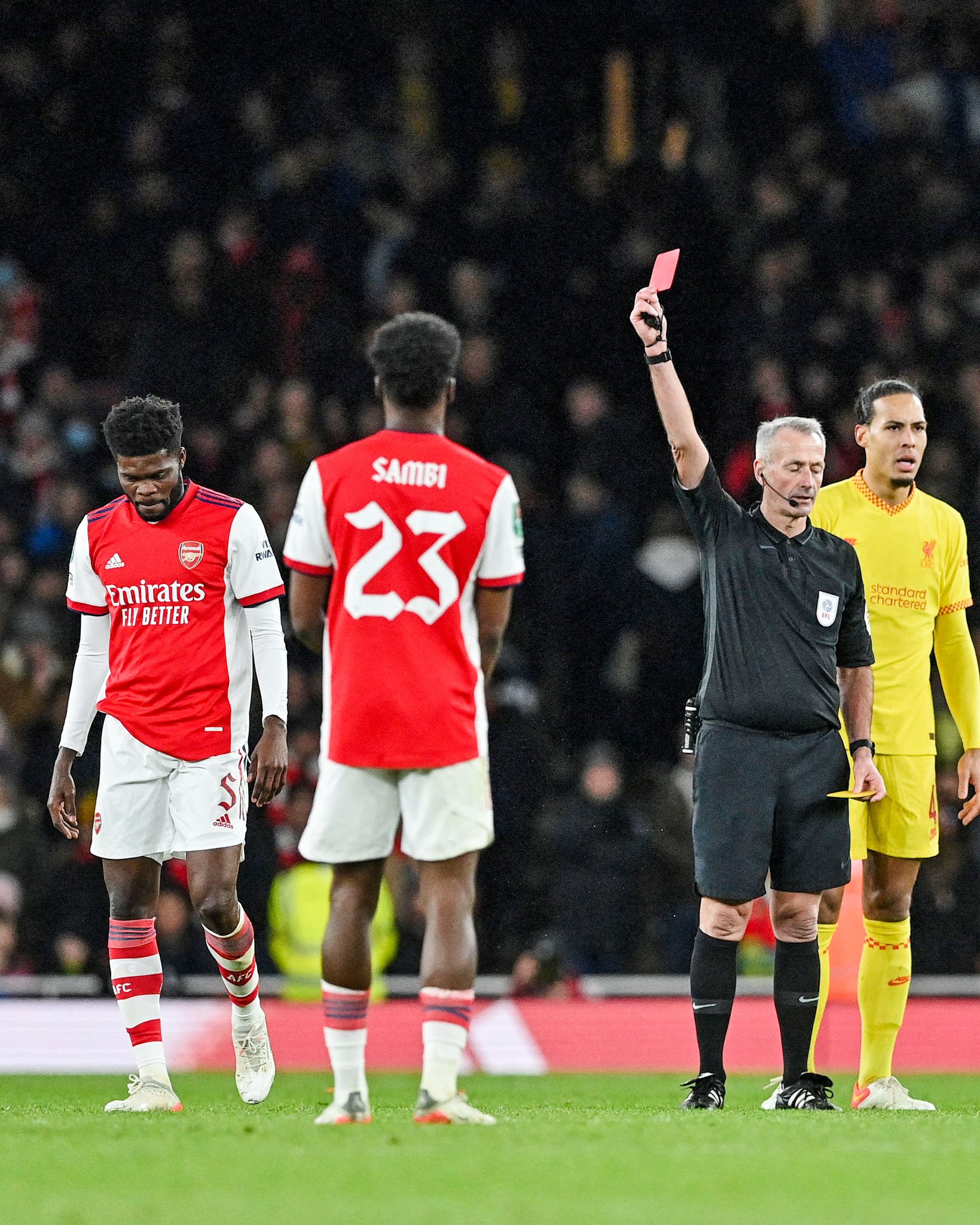 Ghana international, Thomas Partey was shown a red card shortly after coming on for Arsenal in the team’s 2-0 defeat to Liverpool in the English EFL on Thursday night.

The midfielder was in action for Ghana last Tuesday in Cameroon when the Black Stars lost 3-2 to Comoros in the final group game of the 2021 TotalEnergies Africa Cup of Nations (AFCON) tournament.

Courtesy of that defeat, Ghana crashed out of the continental tournament at the group stage for the first time since 2006.

Today, Thomas Partey travelled to England from Cameroon and arrived in London a couple of hours after midday.

With no training and rest, he was immediately included in the Arsenal squad to take on Liverpool in the second leg of the tie in the EFL.

Although he will not start, Thomas Partey was introduced into the game in the second half as a substitute.

Very late into the game, he received two yellow cards in the space of three minutes and was sent off in the process.

Arsenal lost the game 2-0, leaving Liverpool to advance to the finals of the EFL.