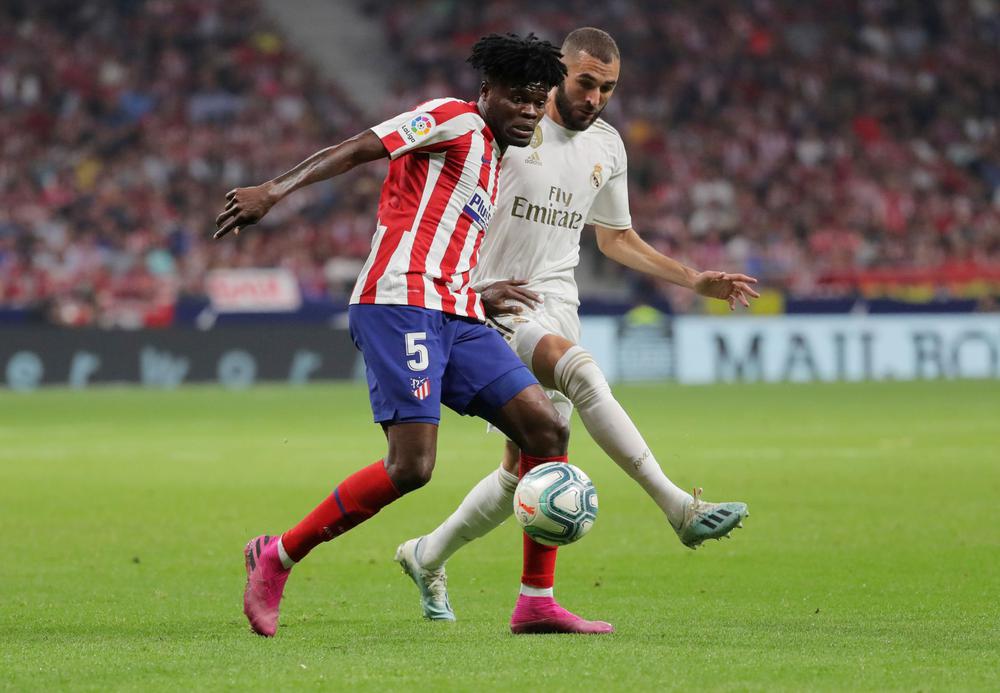 Which of Europe’s biggest clubs could turn to African All-Stars to solve their late-window transfer requirements?

The Red Devils’ off-season pursuit of Jadon Sancho is a clear indication that they believe they require major reinforcements up front.

They were perhaps fortunate that Marcus Rashford, Anthony Martial and Mason Greenwood all remained fit post-lockdown, and Ole Gunnar Solskjaer clearly needs that a difference-maker in the final third is worth such a major outlay.

Should they fall short with a move for Sancho, then ex-Red Devil Wilfried Zaha could represent a lower-cost alternative.

He knows the Premier League well, has that sprinkle of magic to prise open stubborn defences, and, having flopped at United first time around, would have a point to prove back at Old Trafford.

While Mikel Arteta succeeded in convincing Pierre-Emerick Aubameyang to sign a new deal at the Emirates Stadium, he’s yet to get either of his two primary midfield targets over the line as Houssem Aouar remains at Olympique Lyonnais and Thomas Partey is still at Atletico Madrid.

There is some debate about who would be the more astute addition, and Arteta’s priority may depend on whether he has more faith in Dani Ceballos or Mohamed Elneny.

While Partey would offer presence and poise in the midfield, hopefully giving the Gunners some of the control they can lack in matches, Aouar’s guile and vision could help get the best out of a forward line bubbling with talent.

Either way, Arteta will surely need to sell before he can buy.

Spurs have recruited well during the transfer window so far, with the likes of Matt Doherty, Pierre-Emile Hojbjerg and Gareth Bale likely to prove astute arrivals this term.

However, there’s still a glaring weakness up top, where Jose Mourinho has yet to recruit an ideal understudy to Harry Kane.

Arkadiusz Milik of Napoli is in pole position to arrive in North London as Kane’s replacement, while African duo Islam Slimani and Patson Daka have also been named as potential options.

Hot shot Daka—a lethal presence in Austria with Red Bull Salzburg—could be the ideal addition to learn the ropes in England while shadowing Kane, but neither he nor his club appear ready to do business at this time.

With Thiago Silva departed for Chelsea, and Thilo Kehrer also linked with a move away from the club, it’s clear that PSG need reinforcements at the back.

Alessandro Florenzi arrives to solve a problem on the right side of the defence, but the French giants will need to spend to bolster the heart of the backline.

Napoli’s Kalidou Koulibaly could be the ideal arrival.

Tipped with a move to Manchester City, Pep Guardiola ultimately looked elsewhere with the signings of Ruben Dias and Nathan Ake, although a bizarre gaffe on the club’s website suggests a move for Koulibaly may not be entirely dead.

It’s something of a surprise that he remains at the San Paolo, although PSG may yet swoop for his services to bolster their problem defensive situation.

While the reigning champions have brought in fresh blood at left-back and in their front three, they’ve yet to bolster at the back, with Jurgen Klopp yet to replace the departed Dejan Lovren.

This leaves the Reds with only three senior centre-backs, and Joel Matip’s injury early this season has already demonstrated their paucity of options.

Fabinho may be a fine option to step into the backline alongside Virgil van Dijk or Joe Gomez, but having been linked with centre-backs during the window, don’t be surprised if Liverpool move for another defender before Monday.

One option could be Real Betis’ Algeria defender Aissa Mandi, whose composure in possession could make him an ideal foil for van Dijk, even if there are some reservations about how he’d adapt to life at Anfield.