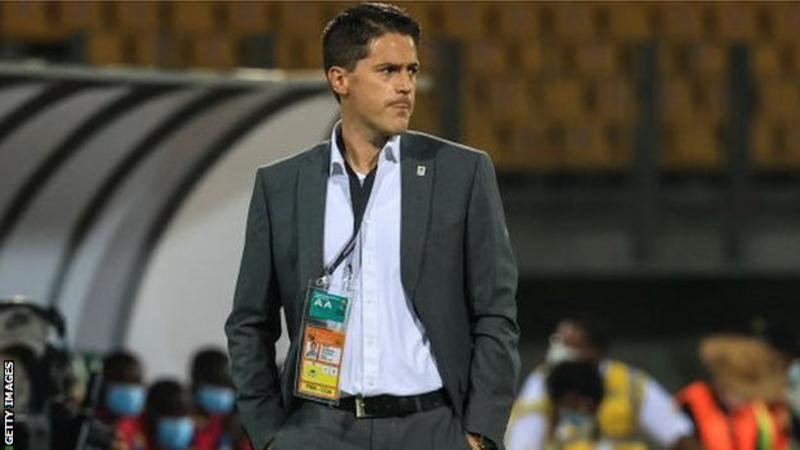 Northern Irishman Johnny McKinstry has agreed to end his contract in charge of Uganda's national team after 18 months in charge.

"Fufa would like to thank Coach McKinstry and his staff for the work and dedication to developing the Uganda Cranes during their tenure," the Federation of Uganda Football Associations (Fufa) said in a statement.

"We would like to thank Coach McKinstry for the professionalism demonstrated during his employment with FUFA, and we wish him well in all his future endeavours."

The news follows the 35-year-old being asked to 'step aside' from coaching Uganda at the start of March.

That decision meant that McKinstry missed the Cranes final 2021 Africa Cup of Nations qualifiers that saw them being held to a goalless draw by visiting Burkina Faso before losing 1-0 in Malawi to miss out on a place at next year's finals in Cameroon.

Under McKinstry's guidance Uganda enjoyed a 67% win rate from his 18 games in charge - 12 wins, 3 draws and only 3 defeats.

He also led Uganda to victory in the regional 2019 Cecafa Challenge Cup, where the Cranes won all of their matches, for only the second time in their history.