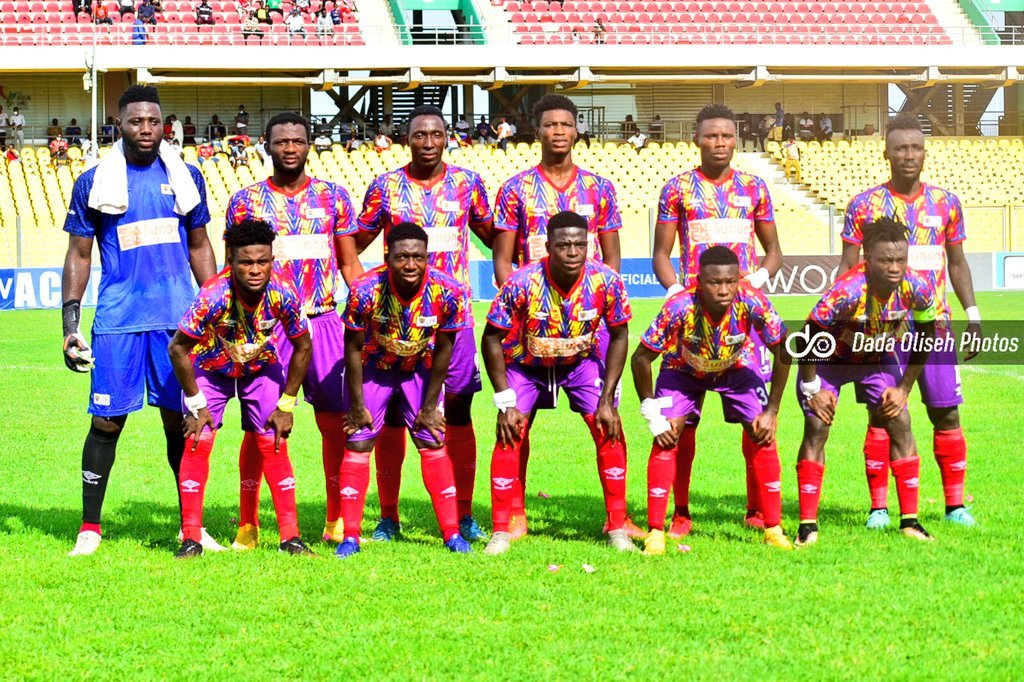 Hearts of Oak have been bundled out of the CAF Confederations Cup competition after losing 4-2 to JS Saoura on aggregate in the playoff round.

The Ghana Premier League champions after being eliminated from the CAF Champions League playoffs turned attention to the Confederations Cup aiming to advance to the group stage.

Last Sunday, the Phobians hosted JS Saoura at the Accra Sports Stadium for the first of a scheduled two-legged tie in the playoff round.

After missing a number of chances, Hearts of Oak eventually scored twice to win 2-0 at the end of the game.

Today, the Ghanaian giants honoured the second leg encounter in Algiers but have woefully failed the test of the North African club.

The result means this is the end of the road for the Ghanaian champions in CAF’s inter-club competition this season.