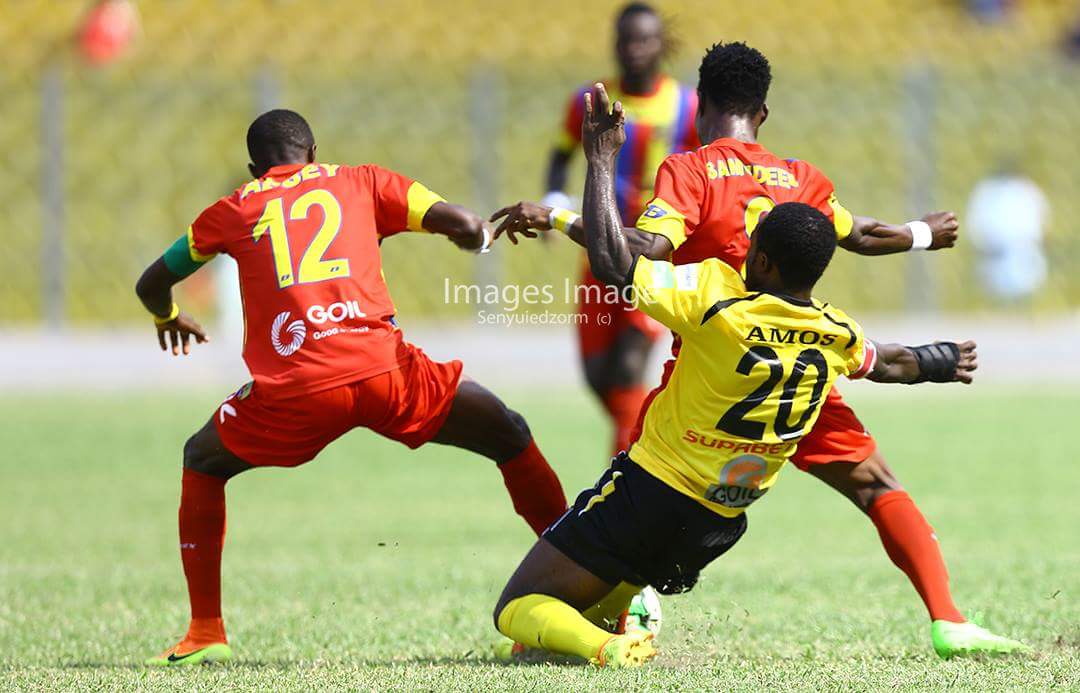 Accra Hearts of Oak defeated Kumasi Asante Kotoko at home for the first time in eight years thanks to a controversial penalty awarded the Phobians.

Referee Samuel Sukah who was close to the action, believes Samuel Yeboah's shot in the 82nd minuted of the game,  struck Ahmed Adams arm hence awarding a penalty to Hearts which was neatly converted by defender Vincent Atingah to give Hearts the maximum three points.

Below is the video of the incident that led to the goal.