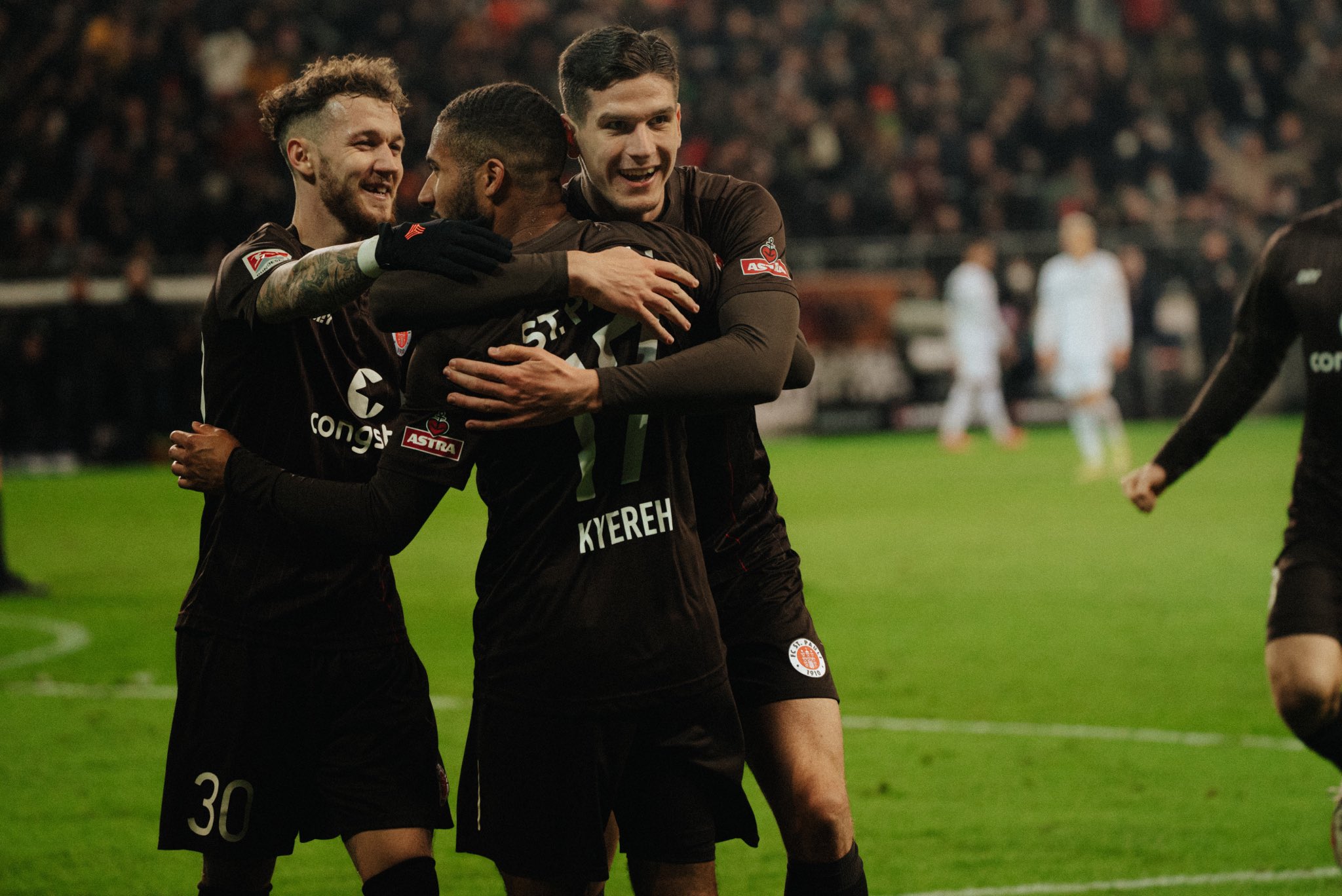 The exciting forward and his team today hosted the opponent at the Millerntor-Stadion to clear the fixture that has been outstanding in the division.

Following a bright start to the game, Daniel-Kofi Kyereh assisted Guido Burgastaller to score after just two minutes into the first half to give St. Pauli the lead.

Not long after that goal, the Black Stars forward was presented with a fine opportunity and made no mistake as he scored with a fantastic effort.

Trailing 2-0 at halftime, SV Sandhausen came in strong in the second half and managed to pull on back courtesy of a strike from Immanuel Hohn.

Unfortunately, a comeback will not be completed with in-form Daniel-Kofi Kyereh scoring again in the 79th minute to not only complete his brace but seal a 3-1 win for FC St. Pauli.

After today’s goal involvement, the Ghana forward has now scored five times for his club this season and also has eight assists to his name after making 14 appearances in the Bundesliga 2.