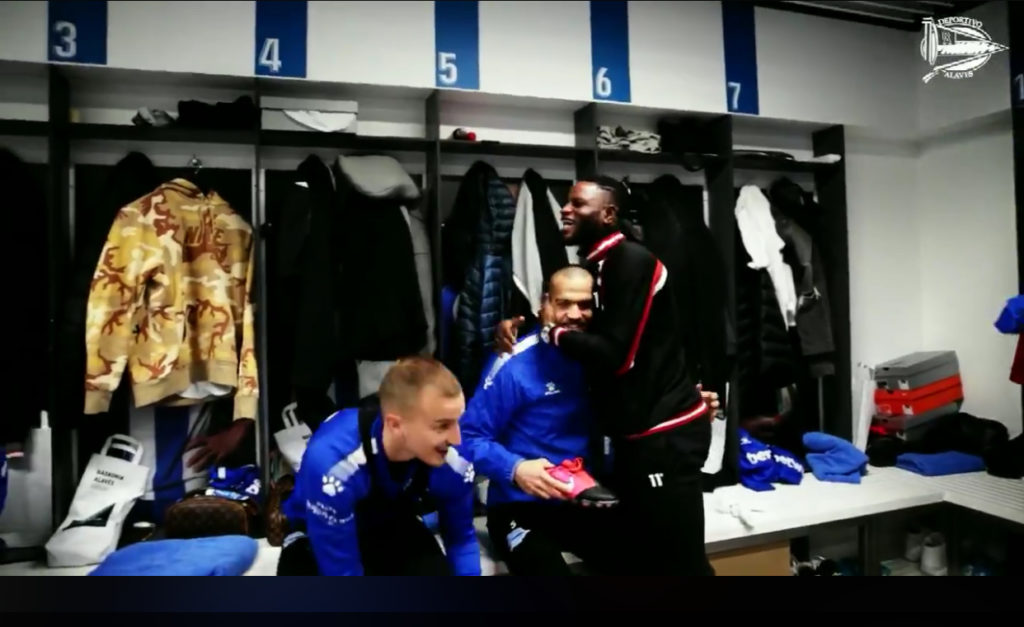 Ghanaian international Mubarak Wakaso has said his goodbyes to his Deportivo Alaves teammates after wrapping up his transfer to Chinese Super League side Jiangsu Suning.

The hardworking midfielder joined the club today on a three-year deal following successful negotiations. He passed his medicals on Monday ahead of the deal that has earned Deportivo Alaves $3 million.

He said his goodbyes to his teammates over the weekend when they defeated Levante by a goal to nil in the Spanish La Liga.

In a video posted by Wakaso on Twitter, he is seen saying his goodbyes to the players who he will obviously miss.