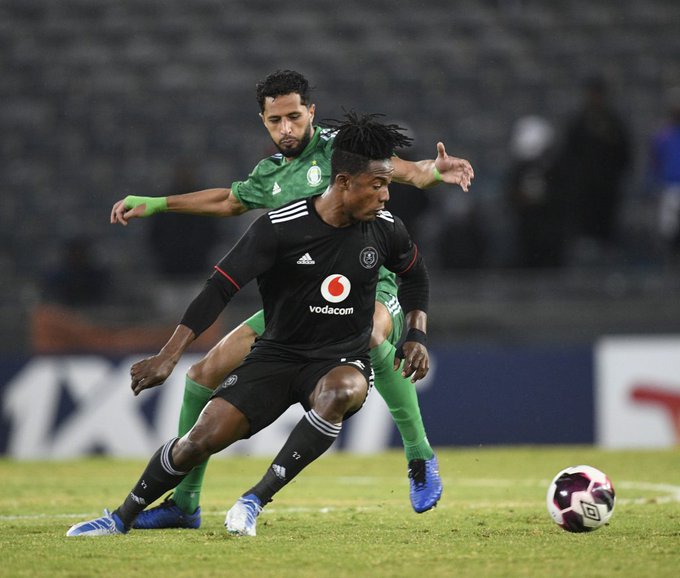 Peprah lasted for 72 minutes before he was replaced by Tshegofatso Mabasa as he helped his side keep their chances of qualifying for the CAF Champions League alive.

The win lifts Pirates to 6th on the league table with 43 points after 28 matches played.

Thembinkosi Lorch opened the scoring for the home side in the 21st minute before Peprah doubled their lead in the 42nd minute.

After the recess, Deon Hotto made it 3-0 but Zimbabwean attacker Friday Samu pulled one back for Maritzburg three minutes later only for Dlamini to score the fourth goal for the hosts.

Pirates, who still have two games to play, can finish second if they win all their remaining games as they boast a healthy goal difference compared to second-placed Cape Town City.

Peprah's compatriot Richard Ofori was in action for Pirate as he lasted the entire duration of the game.

The 21-year-old has made 23 league appearances for Orlando Pirates this season and scored six goals.