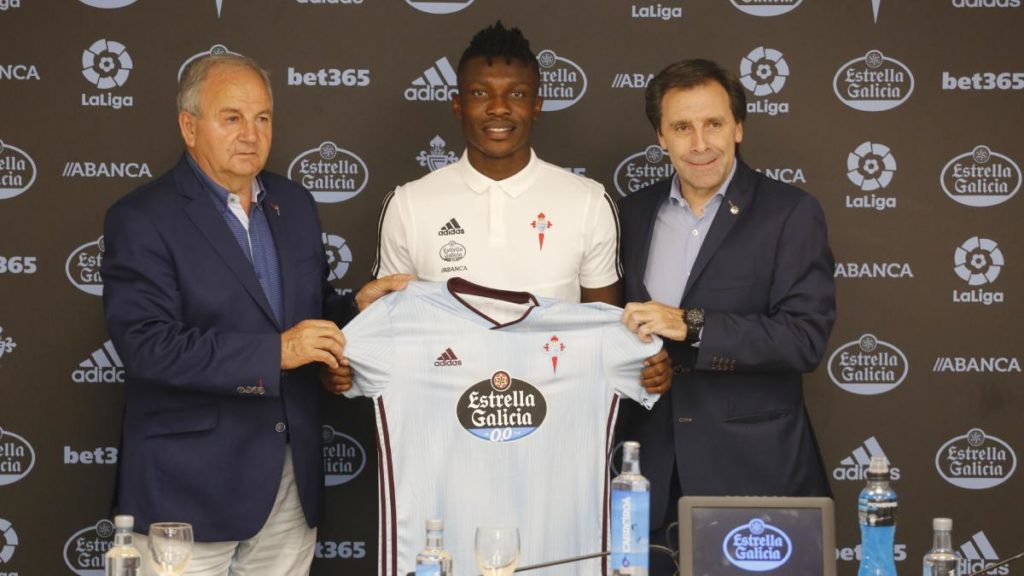 The two parties agreed to terms last week where the player penned a five-year deal that will see him playing for the club until 2024.

At a short and colorful ceremony earlier today at the Balaidos Stadium in Vigo, Joseph Aidoo has been officially introduced to the fans of the team as well as some other stakeholders.

The Black Stars center-back has joined the La Liga outfit from Belgium champions KRC Genk and is expected to hold the fort at the back for them when the 2019/2020 season commences.

At the unveiling today, Joseph Aidoo took time to interact with some of the fans at the Stadium where he snapped pictures and signed autographs for them.

Catch a glimpse of the Ghanaian’s unveiling in the video below: