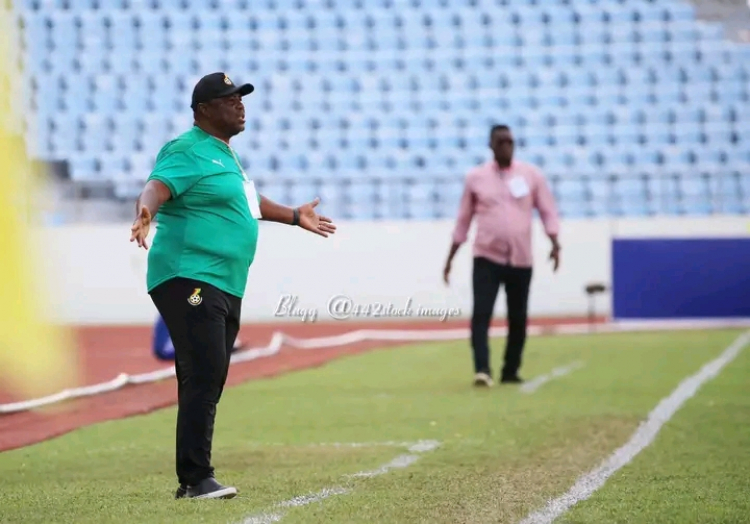 Head coach of the Black Starlets, Paa Kwesi Fabin has lamented on the painful defeat to Burkina Faso, saying the referee's penalty decision to award a penalty was wonderful.

Having suffered a defeat in their opener against Nigeria, the Ghana U-17 side recorded a convincing win against Togo and were one win away from playing in the final.

However, the team's aim of host and win has now come to an end.

Fabin, speaking after the game said he believes it was not a penalty, and it cost them a spot in the final of the WAFU Zone B U-17 tournament.

"In the first half, they veered a little bit from the instructions they were given but in the second half they came back and played better only for some wonderful penalty to be taken against us," Fabin said at the post-match presser.

Ousmane Camara’s converted the contentious penalty to secure a 1-0 victory for Burkina Faso at the Cape Coast Stadium.

Burkina Faso set up a final meeting with Nigeria, who defeated Ivory Coast 3-1 earlier in the day.

The defeat means Ghana failed to qualify for the 2023 Africa U-17 Cup of Nations tournament.

Ghana have now failed to qualify for the U-17 AFCON for the second time in a row, after failing in 2019.

Burkina Faso and Nigeria will represent the WAFU Zone B at next year’s youth championship in Algeria.