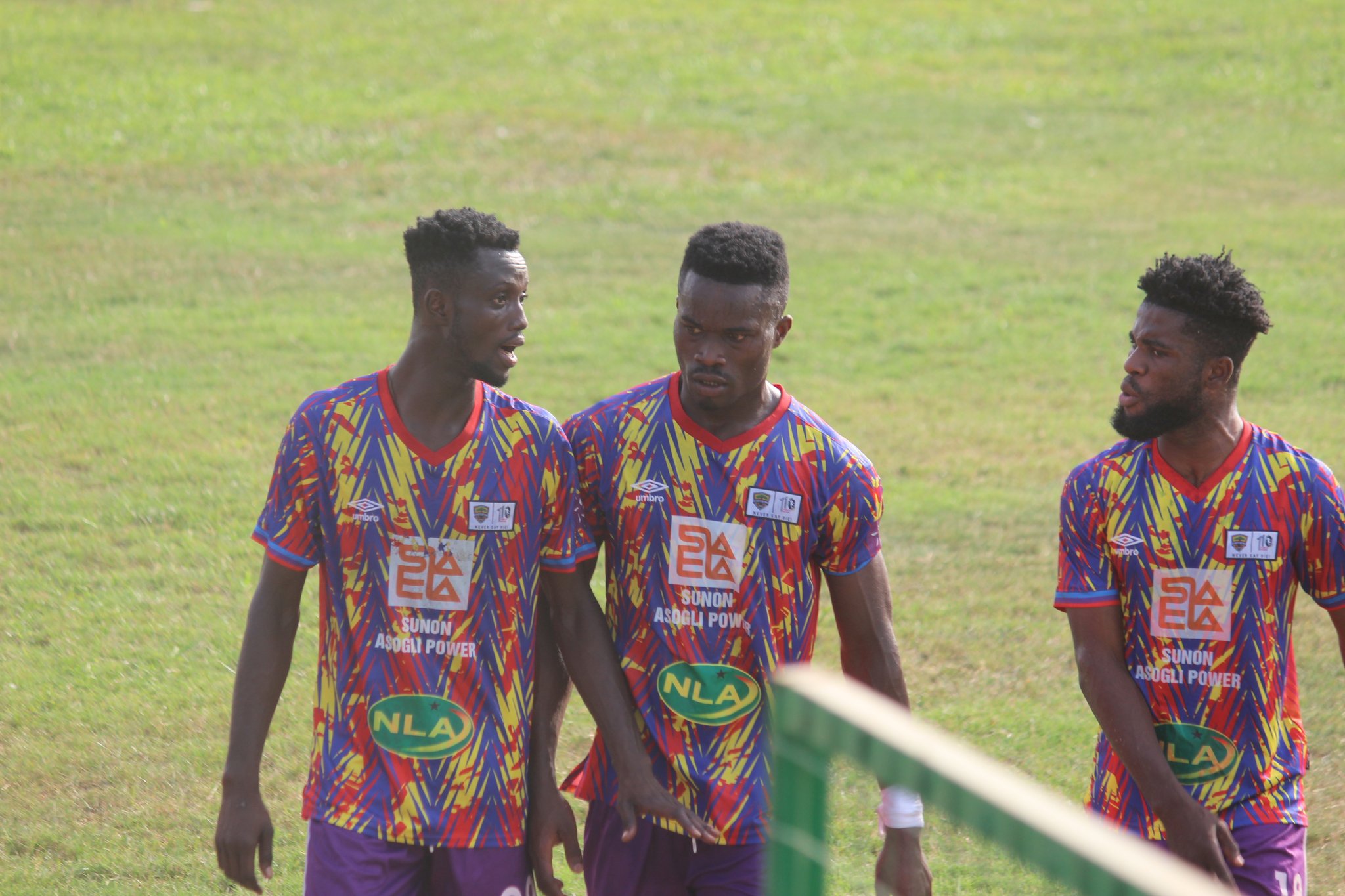 Hearts of Oak defeated Gold Stars 1-0 in the Ghana Premier League in Bibiani on Saturday thanks to James Serwon's first-half strike.

On the matchday, the hosts played with a lot of pressure especially in the first half as the away team capitalised to pile pressure on the side.

In the 30th minute, defender James Serwonu scored the only goal of the match after a good team play from Hearts of Oak.

Although Bibiani Gold Stars will have their moment in the second half, the Phobians held on and won by a goal to nil at the end of the 90 minutes.

Courtesy of the victory, Hearts of Oak have moved to 7th on the Ghana Premier League table with two outstanding matches to be played.